Mindfulness — the ability to be in the moment, focused and aware — is a practice that requires dedication and one that UT Senior Lecturer Jay Rinsen Weik recommends starting with a face-to-face interaction with an instructor. 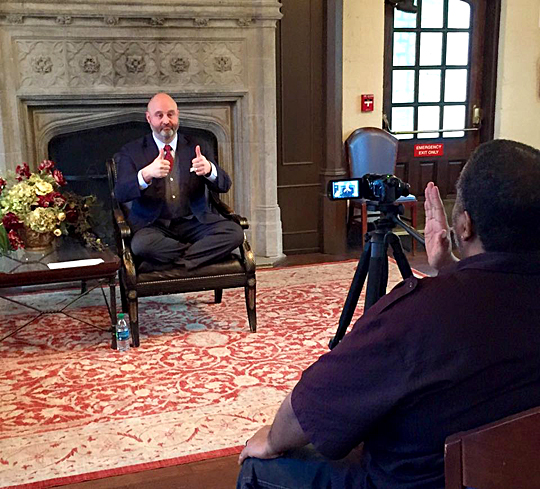 Luckily, his upcoming lecture, “Zen Mindfulness,” could serve as that first step. The free, public lecture on Tuesday, Feb. 2, at 7 p.m. will be in the Center for Performing Arts Recital Hall.

After a brief musical introduction, Weik plans to talk about the practice of mindfulness and teach some basic meditations for people to implement in their daily lives.

The talk will be an extension of the Mindfulness and Creativity Initiative that Weik directs at the University.

“The initiative brings together two important aspects of human fulfillment,” he said. “One of them is creativity studies, which is ridiculously relevant no matter what field we’re talking about. The other is mindfulness. That’s the ability to be present to one’s experience — really powerfully present. Creativity is the currency of progress, and mindfulness is the currency of peace.”

Both are developable and trainable, according to Weik, who also serves as an American Zen teacher. By practicing meditational exercises daily, mindfulness can alleviate stress and reduce suffering — producing a tangible difference in a person’s life.

“The more of us that are healthy, that are creative, that are fulfilled, the better it is for all of us.”

He uses the analogy of a person who has only eaten junk food his entire life. By just cutting out a little junk food and replacing it with nutritious food, the person would see an immediate difference in his life. Mindfulness works similarly, requiring regular practice and dedication to make an impact.

In addition to talks like this, Weik teaches a course called Mindfulness and Creativity at UT focusing on introducing mindfulness through meditation and breathing methods. While the class is based on Eastern traditions, it doesn’t have a religious connotation. If the “Zen Lessons” talk interests listeners, Weik recommends this course as a next step as it is a general elective and open to any UT student.

A reception will follow the talk. Free parking will be available in the Law Center’s parking areas: 12, 12S and 12W.

For more information, contact Weik at jay.weik@utoledo.edu or the Center for Religious Understanding at 419.530.6187 or cfru@utoledo.edu. 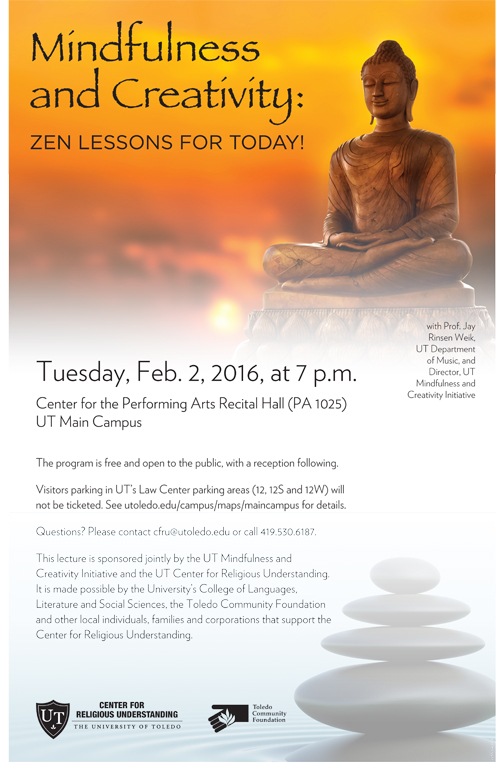