The Toledo women’s golf team tied a school record Sunday by capturing its fourth tournament title of season with an 11-stroke victory at the 18-team Rio Verde Invitational in Arizona. 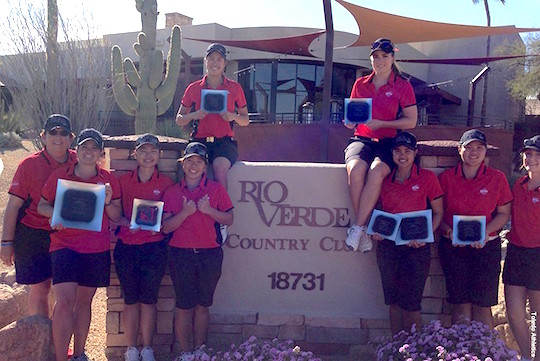 The UT women’s golf team scored an 11-stroke victory at the Rio Verde Invitational in Arizona.

UT was led by top 10 finishes by the senior trio of Sathika Ruenreong, Manisa Isavas and Morgan Salm; however, it was freshman Pimchanok Kawil who paced the Rockets Sunday with an even-par 72.