Tuesday, March 29, is the deadline to nominate a UT employee for the Diane Hymore Exemplar of Excellence Award.

Established in 2013, the Diane Hymore Exemplar of Excellence Award is presented to those often-unheralded employees who do exceptional work, according to Dr. Kaye Patten, senior vice president for student affairs. 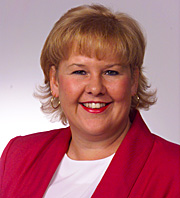 “Like the namesake of the award, many of our staff are very humble about what they accomplish every day as they work with students, families, patients and University visitors. Not only do they not seek publicity, but they often resist the idea that what they’re doing is exceptional,” she said.

“Like Diane, they blend their professional abilities with compassion and caring for everyone they come in contact with.”

Hymore was director of senior administration operations and longtime executive secretary to former President Lloyd Jacobs. She was honored in 2013 as the first recipient of the award.

Nominations are open for the 2016 award, which will be presented to an individual whose work defines the core values of the University in Hymore’s spirit of support, encouragement and service.

The nomination form may be found online at http://utole.do/dianehymore, or you may obtain one via email by contacting Michele Soliz at michele.martinez@utoledo.edu.

The award will be presented at a staff recognition event Tuesday, May 3, at 3 p.m. in the Student Union Auditorium.