Inner Circle Avenue, a UToledo music alumnus’ band with his siblings, who also have ties to the University, recently won Best Music Video Award from the World Songwriting Awards.

The band is composed of Logan Alexander, who earned a master of music in performance degree last spring; Allison, who received her nursing degree in December; and Eric, a senior majoring in electrical engineering technology. UToledo alumnus Robby Brumfield, a 2018 film/video graduate, edited the award-winning video. 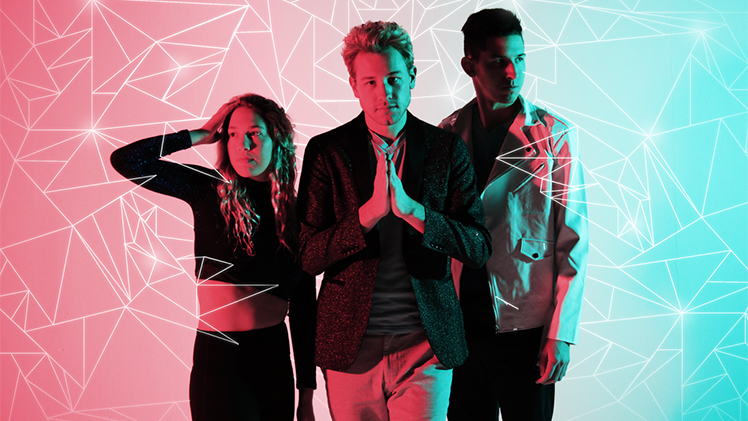 The band is composed of, from left, Allison Alexander, who received her nursing degree in December; Logan, who earned a master of music in performance last spring; and Eric, a senior majoring in electrical engineering technology.

The songwriting award is the latest good news for Inner Circle Avenue. Last summer, the band signed a partnership contract with Sony Music and AMG.

The Alexanders are from Blissfield, Mich., and have been performing together for nearly six years at local and regional clubs. Three years ago, they won the Next2Rock local Battle of the Bands through Cumulus Media and Bar 145.

In a previous UToledo News story, Logan credited his time at the University as being significant to his success. His undergraduate degree was in electrical engineering. He wanted to understand the fundamentals and technology behind recorded music. For his master’s degree, he chose a music degree, which also included a concentration in music technology, and credited his professors for engaging him.

“They always made the classes exciting and encouraged students to actively participate in unique ways. I really found that teaching style enjoyable and helpful,” Logan said. “I really loved music theory and the classical music influence. It really helped improve my music writing skills in every way.”