The UT Department of Theatre and Film will host its annual Student Filmmakers Showcase Saturday, March 19, at 7:30 p.m. in the Center for Performing Arts Center Theatre.

This event will publicly present competitively selected works by student filmmakers within the Department of Theatre and Film. 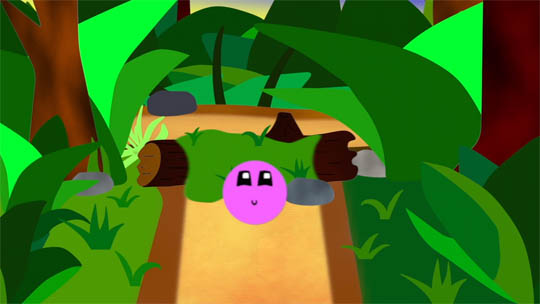 This still is from Josh Lowry’s “Droplets,” which will be shown in the 2016 Student Filmmakers Showcase.

The Student Filmmakers Showcase will feature a broad range of stories that have been created by UT students. The screenings will include comedies, dramas, documentaries, alternative cinema and animations. Not all film content is appropriate for young children.

Following the movies, there will be an after party with music, free food, door prizes and music open to all showcase goers.

The event is co-sponsored by the Department of Theatre and Film and The University of Toledo Film Video Society.

This still is from James Aponte’s “Pursuit,” which also will be shown during the 2016 Student Filmmakers Showcase.

“It’s exciting to see everyone come together to celebrate their hard work,” Crista Constantine, student showcase organizer, said. “This year, we’ve gathered a number of judges from alumni to people in the community. We received donations from places in the community as door prizes and food for the after party.”

“This is the film and video majors’ night to shine. The old adage, ‘work is love made visible’ is all about this night,” Holly Hey, associate professor of film and faculty adviser for the showcase, said. “Putting the showcase together is no easy task, but the amount of work and resolve that these students put into their own projects and into each other’s projects is beyond comprehension sometimes. Our annual gala celebrates the love they have for filmmaking, their classmates, and the film and video program at The University of Toledo.”

The screening typically lasts until around 10 p.m. and includes a 10- to 15-minute intermission. The after party usually ends around midnight.

Ticket prices are $10 general admission and $5 for all UT employees and students, members of the military, children and seniors 60 and older. Tickets may be purchased in advance at the UT Center for Performing Arts Box Office by calling 419.530.ARTS (2787) or by visiting utoledo.tix.com.