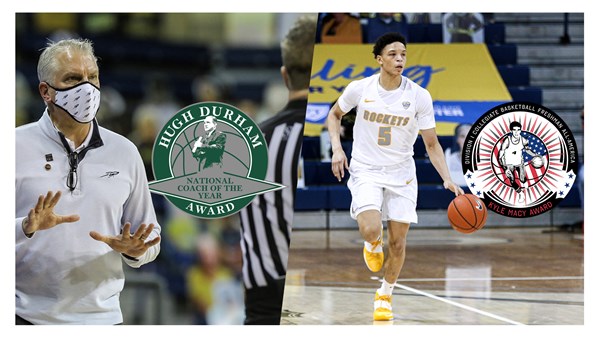 Kowalczyk has guided Toledo to a 21-8 overall record and its ninth Mid-American Conference championship in program history this season. Toledo won a school-record 15 games in league play and is the only school in the MAC to win 13 or more league contests three times in the last four years. Kowalczyk has led Toledo to five 20-win campaigns in the last eight years, marking the first time for this accomplishment since Bob Nichols recorded five straight 20-win seasons from 1976-81.

Rollins was named the MAC Freshman of the Year after leading the league’s freshmen with 13.5 points per game. He has scored the fourth-most points (392) by a freshman in program history, ranks second on the team with 2.6 apg and has made an impact on the boards as well with 5.3 rpg.

Toledo will begin postseason play on Wednesday, March 17, when it faces Richmond in the NIT. The contest will be televised on ESPN2 with a tip-off time of 7 p.m.