UToledo Distance Runner Dedicates Herself to Memory of Late Mother

Losing your mother is difficult at any age. But such a devastating loss for a 13-year-old girl can be life-changing.

Lou Trois, a distance runner on The University of Toledo track & field and cross country teams, lost her mom, Marie-Pauline Trois, to cancer when she was only 13. She thinks about her before every race or practice. 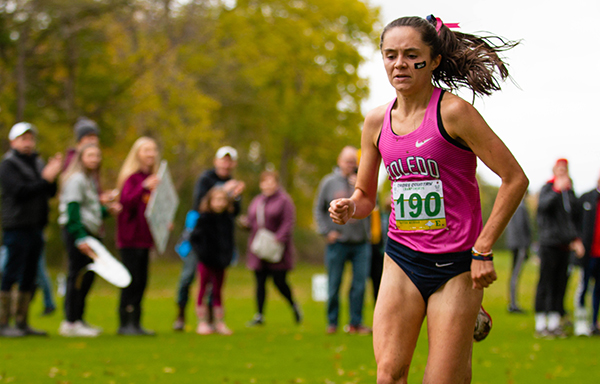 Lou Trois, a distance runner on the UToledo track & field and cross country teams, graduates in May with a bachelor’s in mathematics, and plans to pursue her master’s degree at UToledo.

“My mom is the role model that pushed me to compete in the sport at a high level,” Trois said. “I just got a tattoo in December, a matching tattoo with my sister. It’s a constellation that represents her and it’s on my wrist. I’m going to the starting line and looking at it, smiling, thinking, ‘Alright, let’s do this together.’ ”

Trois hails from Lannion, France. She first came to the United States as a foreign exchange student in Virginia for her sophomore year in high school. Her last two years of high school were spent in Guadeloupe, a French island in the Caribbean where her father, Jean-Michel Trois, owns rental properties.

Her college track career began at Eastern Kentucky University. She chose to enter the transfer portal at the end of last June and did not make a final decision to come to Toledo until late August. Despite her late arrival, Trois fit in right away with her new coaches and teammates.

“Lou and I were a really good fit for each other right off the bat. We had a good connection right away,” said Head Coach Andrea Grove-McDonough. “I think it helped that I was really familiar with international track athletes. I’m Canadian, so I can get a better feel for her situation. That was helpful.”

Trois has made many friends with her new teammates. Stephanie Sherman, Trois’ roommate and a fellow distance runner, said she knew Trois would make an impact instantly.

“You can tell it’s been ingrained in Lou to be selfless,” Sherman said. “She is here for Toledo and for us. We’re more than just teammates, we’re family.” 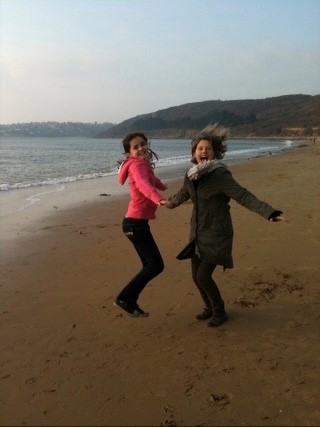 Trois, who will receive her bachelor’s degree in mathematics this May, plans to pursue her master’s degree at UToledo in either civil engineering or ecology and organismal biology.  She wants to make the most of her two additional years of athletic eligibility, both in the classroom and on the track.

“She’s been phenomenal, really fun to coach, has a great attitude and a super great work ethic,” Grove-McDonough said. “She is one of those people you didn’t know you needed until she was here. She brings a lot to the team. She’s well-liked and fun to have around. She had some great breakthroughs in the fall too, so that helped right away for her to feel good about her situation.”

Trois has made an immediate impact for the Rockets’ cross country team, taking seventh place at last fall’s Mid-American Conference Championship Meet and helping her team win its first MAC title since 2014. As she continues to experience success in her sport and in the classroom, Trois always keeps her mother in her thoughts.

“I hope she would be proud because that means I’m doing something right,” Trois said. “I think she would be happy that I’m giving everything in what I’m doing, taking risks and pursuing my goals.”