The University of Toledo will upgrade its on-campus living options for students through a new collaboration with a national student housing partner.

The UToledo Board of Trustees approved Wednesday for University leadership to move forward with expanding its relationship with Collegiate Housing Foundation and American Campus Communities, which developed and manages Honors Academic Village on the northwest corner of Main Campus.

“We are looking forward to this opportunity to allow UToledo to significantly upgrade our campus residence halls in response to what our current students have asked for and what prospective students are looking for,” UToledo President Gregory Postel said. “We look forward to partnering with these leaders in the student housing industry to transform the on-campus living experience for our Rockets.” 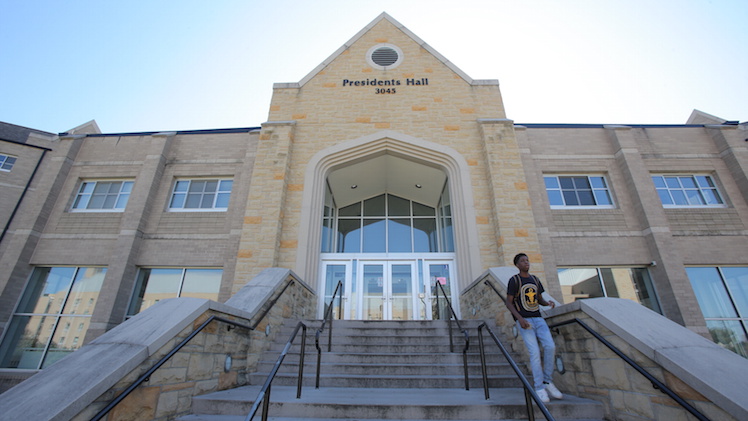 Presidents Hall will be the first residence hall to be renovated to transform the living spaces and provide increased flexibility with four-person, six-person and eight-person suites that feature modern design and furnishings, and the addition of kitchenettes.

The 35-year ground lease agreement will invest between $184 and $271 million, depending on changing market costs, in upgrades to campus residence halls and addressing deferred maintenance and existing debt. Collegiate Housing Foundation and American Campus Communities responded to a request for proposals process for UToledo’s campus housing operations.

Approximately $100 million will be capital investments in campus residence halls, beginning with a deep renovation of Presidents Hall.

The Presidents Hall renovation will take place during the next two years transforming the living spaces and providing increased flexibility with four-person, six-person and eight-person suites that feature modern design and furnishings, and the addition of kitchenettes. An addition to the building also is planned to add even more flexibility with single and double rooms for students looking to have that living option.

Multipurpose spaces also will be added for more study and social spaces in the building. University leaders have held several focus groups with students and are seeking additional input on what students want to see in the renovated building that is expected to open in fall 2024.

In other business, the Board of Trustees approved a collective bargaining agreement between the University and the Fraternal Order of Police, Ohio Labor Council, Inc. that represents security officers on Health Science Campus.

The new bachelor’s degree in neuroscience is a collaboration between the College of Medicine and Life Sciences and the College of Natural Sciences and Mathematics. The new degree is in response to the growth of neuroscience research in areas such as Alzheimer’s disease, mood disorders and drug addition, as well as the need for a highly trained workforce in the areas of biotechnology, medical device development and in the pharmaceutical industries.