She’s waiting to learn if she has been accepted into the UToledo College of Law.

As a Rocket, Derden’s ride has been rapid and momentous, though it also was intimidating at the beginning.

“It was scary because the thought of college at such a young age was a bit overwhelming,” she said, “[but] the campus has always been welcoming — even as a high school student. My professors were always very helpful and considerate, especially with me being a dually enrolled student.

“I had a great support system who pushed me and encouraged me to just do my best. I came in not knowing what to expect, but as I began my college courses it felt comfortable, and I developed an understanding that I was capable of doing it.”

Her positive experiences at UToledo convinced her to extend her time as a Rocket – in particular how her academic pursuits have been buttressed by those at UToledo who want her to excel and succeed.

Among those who helped her is Mick Dier, an associate lecturer in the School of Social Justice in the College of Health and Human Services, whom she met in spring 2018 and developed a close relationship.

“He became very invested in my success and made sure that I received all the tools that I needed to successfully complete my bachelor’s in criminal justice in a timely manner. I quickly learned that he was a no-nonsense individual who truly cares for his students both in and out of the classroom.

“Anytime there has been a struggle or overwhelming feelings he has always been there for me through his ‘coming to Jesus’ meetings, in which he offers a reality check.”

Dier said VyJet’ and students like her are what he finds most fulfilling as a UToledo faculty member. 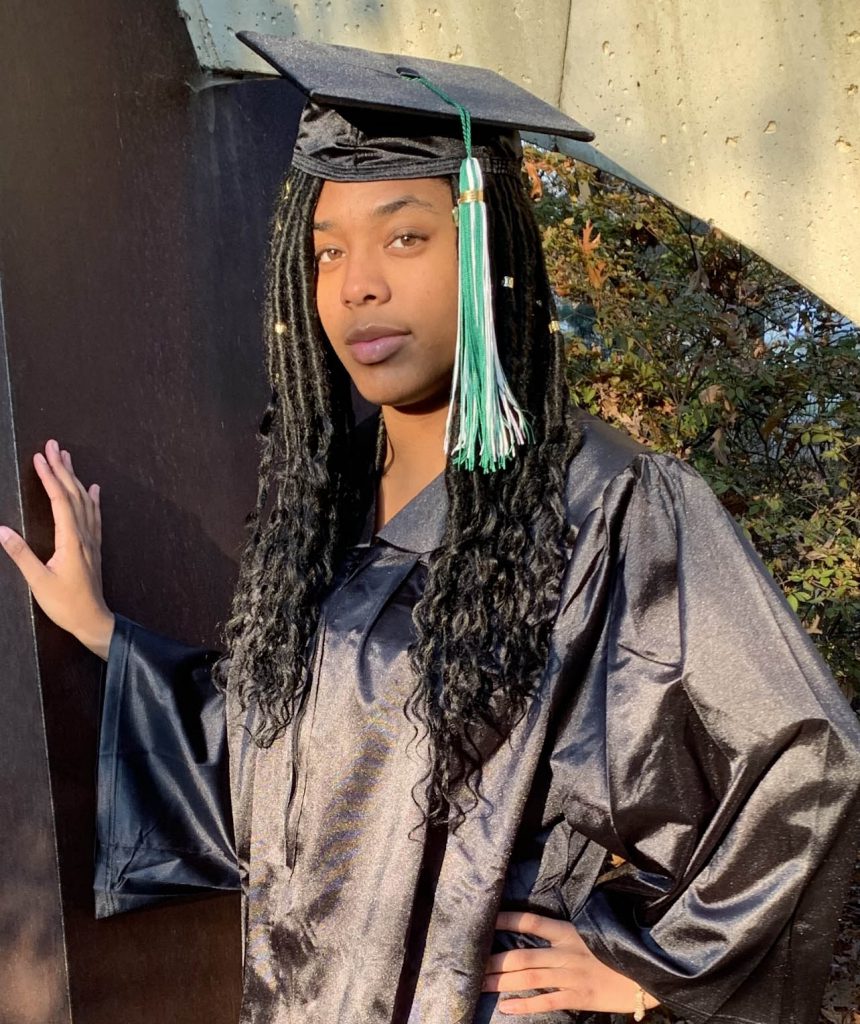 VyJet’ Derden wanted to be a lawyer before she knew what a lawyer was. By participating in the Law and Leadership Institute through the UToledo College of Law while in high school, she solidified that goal.

“The best part about teaching is watching a young student grow into adulthood,” he said. “VyJet’ certainly fits this bill. The biggest attribute about VyJet’ is her drive and passion to change people’s lives for the better. A good share of our conversations were about impacting people. I see nothing but great things in the future for her.”

From a young age, Derden said she knew what she wanted to be when she grew up, a lawyer, even if she didn’t know at the time what a lawyer was.

Participating in the Law and Leadership Institute through the UToledo College of Law while in high school solidified that decision.

“I was exposed to different courtrooms, law firms, lawyers, judges and classroom aspects as well,” Derden said. “I participated in several mock trials and in moot court, which allowed me to get a real feel for what it means and what it takes to be a lawyer. I also had the opportunity to write briefs.

“The whole essence of law and leadership for an African American female from the inner city truly helped solidify that I can accomplish my lifelong goal of becoming a lawyer.”

Her short-term goal is to earn her juris doctorate and master of business administration simultaneously.

Her long-term goal is to practice criminal law (on the juvenile level) and family law, and either start her own law firm and/or become a judge.

Given Derden’s proclivity for academic success at an accelerated level, her preternatural skills as a UToledo student suggest she wears a cape and flies from class to class.

In fact, she is quite grounded – in the literal and figurative senses.

“My support system – my parents, my grandmother and my little brother – has had such a heavy influence on my success; they literally walk every step with me and are there to pick me up when I fall,” she said. “My great grandmother always told me before she passed in 2015 that I would do great things and that she would not be here to see it, but she would be watching. I carry that with me every day, and I am proud to say that I am living up to the greatness she spoke into my life.”