Dialogue on Diversity to Discuss Guilty Verdict in Chauvin Trial

Following the killing of George Floyd, The University of Toledo launched a Dialogue on Diversity series to address a range of topics associated with the nationwide movement to confront systemic racism fueled by racial injustice and police brutality.

The next conversation in the series will focus on the guilty verdict last week against former police officer Derek Chauvin convicted of killing Floyd. The virtual panel discussion titled “After Floyd: Looking Back, Thinking Ahead” will be 6 p.m. Tuesday, April 27, on Zoom. 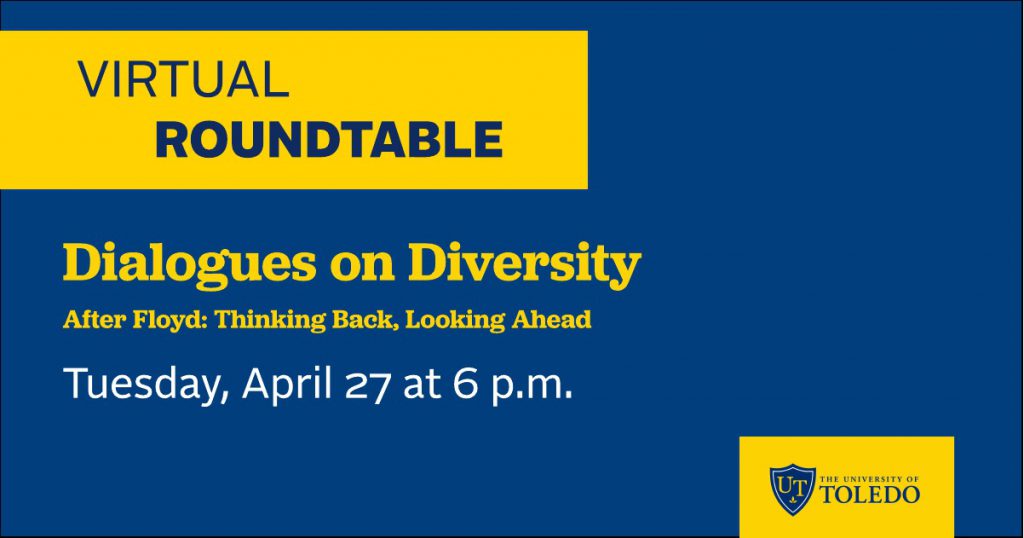 “Last summer’s killing of George Floyd and now the guilty verdict of Derek Chauvin continues a nationwide conversation about race and policing. It is critically important that we provide a space for conversation and sense-making for our campus community,” said Dr. Willie McKether, vice president of diversity and inclusion, and vice provost.

The UToledo Division of Diversity, Equity and Inclusion collaborated with the Division of Student Affairs to organize the event.

Individuals who participate in the virtual discussion also will have the opportunity to join breakout sessions on topics such as self-care in social justice and using advocacy as a tool for change.

This is the 15th, and final, town hall in the series of virtual Dialogues on Diversity this academic year.

The University of Toledo is a community that celebrates and respects people of all backgrounds and experiences. As an institution, we remain committed to building an inclusive environment free of racism, sexism, bigotry and other negative influences.