A day in the life of Luke Achinger takes you from the musical stage to the research laboratory.

The biology major set to graduate from The University of Toledo with his bachelor’s degree on May 8 has an incredible voice and incredibly deep vocal range.

For nearly four years, Achinger toured the city and the state singing bass — including four solos — in performances as a member of the UToledo Chamber Singers, The University’s premier choral ensemble.

“In high school, I did a lot of choir and theater,” Achinger said. “And when the UToledo Chamber Singers visited my high school, I thought it sounded like a cool thing to do in college. It’s one of the reasons I chose to go to UT. I also had an audition and got a pretty nice scholarship for the singing as well.”

Achinger also found great success in the laboratory of Dr. Tomer Avidor-Reiss, UToledo professor of biological sciences, where the undergraduate student has been working on fertility research, important for efficient dairy production in the cattle industry and to treat infertility.

“I came to UToledo thinking that I wanted to do science sort of vaguely, not that I would be going into sperm and fertility research involving dairy cows and bulls,” Achinger said. “But I am really glad I landed there.”

Achinger met Avidor-Reiss and found his career direction his junior year when he took a course called Research Project Laboratory in Biology.

“My authentic research class is an intensive course that focuses on performing original research in biology,” Avidor-Reiss said. “Luke learned techniques such as immunostaining, confocal microscopy and STORM super-resolution microscopy, as well as how to troubleshoot these procedures. He demonstrated he could design an experiment, collect data, critically evaluate it and reach conclusions. He is an outstanding student.”

“It’s a rundown of how research is done in a research lab,” Achinger said. “And from day one, I fell in love with research. Dr. Avidor-Reiss is very passionate and he showed me the light. Research is the thing that I want to do.” 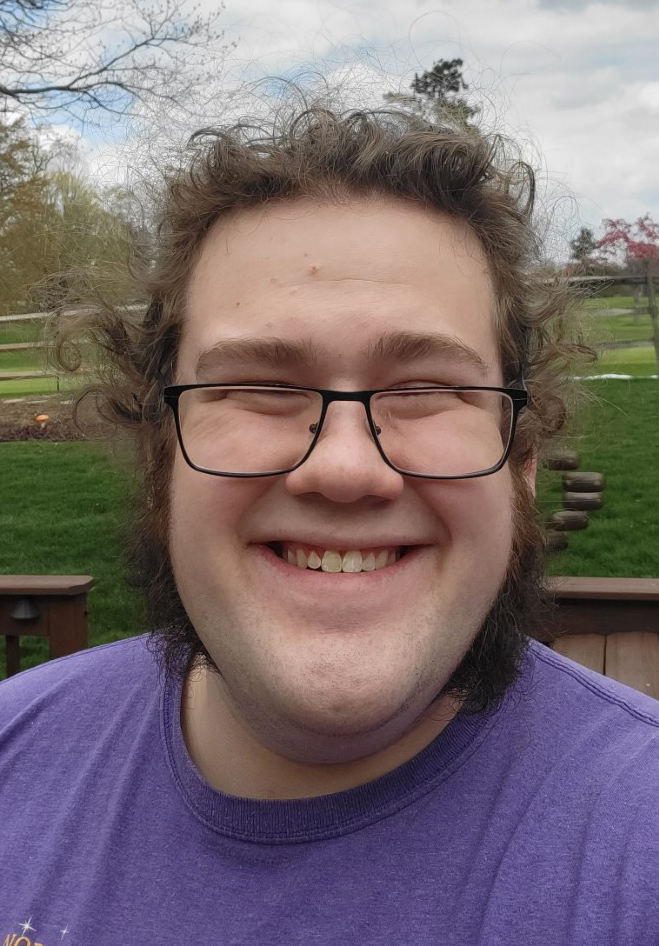 At the end of the course, Achinger joined Avidor-Reiss’s research team.

Several years ago Avidor-Reiss made a groundbreaking discovery in human sperm that changed the dogma in reproductive biology. He found that a father donates not one, but two centrioles through the sperm during fertilization, and the newly discovered sperm structure may contribute to infertility, miscarriages and birth defects.

“There’s a structure in sperm that we hypothesize is linked to fertility — if it functions well, you have functional sperm. If it doesn’t, you’re out of luck,” Achinger said.

“Luke’s studies are a significant contribution to this project and our research,” Avidor-Reiss said. “He seeks to identify centriolar biomarkers associated with direct fertility measures in dairy cow populations and, subsequently, develop a diagnostic test for bull sperm quality. The central hypothesis is sperm centriole proteins partially control bull fertility.”

After commencement, Achinger will start working in Avidor-Reiss’s research laboratory full time. In the fall, he’ll begin his pursuit of his Ph.D. at UToledo.