Growing up, Isabella Weik spent her time after school walking around the UToledo campus.

Her dad, Jay Weik, is an associate lecturer in music at UToledo, and she would come to his office on campus once she was finished with school.

And now she’s about to walk across the Commencement stage. Weik graduates from UToledo with a general studies degree, focusing her classes on vocal jazz performance and leadership.

Needless to say, her decision to become a Rocket was easy.

“Ever since I was really young, I always felt a sense of home and community here,” she said. “It’s easy to feel like I was accepted.”

As a Rocket, she has filled her time with involvement on campus and in the community.

“A large part of my education came from my extracurriculars,” Weik said.

She is an intern in the Office of Diversity, Equity and Inclusion; she is a member of Delta Phi Epsilon sorority, Order of Omega Honor Society and Mortar Board; she served on the Panhellenic Council executive board; and she is a founding member of the UToledo Multifaith Council, a certified personal trainer at the Student Recreation Center and president of Blue Key National Honor Society.

Blue Key, which was originally founded in 1935 at UToledo as ARX, is the highest leadership honor a Rocket can be awarded. The group’s 13 members represent leadership, scholarship and service in the UToledo community and beyond. Blue Key also maintains two of the oldest campus traditions: Homecoming and Songfest.

“There’s so much magic and honoring of tradition,” Weik said. “The lineage of leaders who have come before us are amazing, along with the mentors, connections and friendships.” 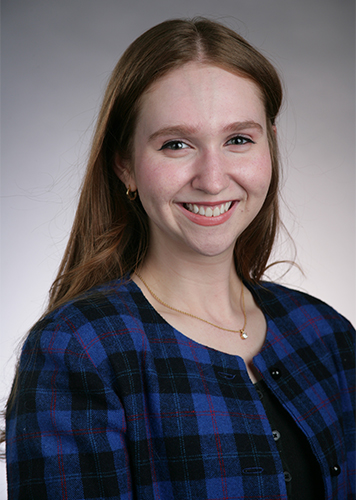 As president of Blue Key, Weik had the opportunity to announce that the 2021 parade was about to begin — her favorite memory as a student.

“It was really special, especially because we couldn’t have a parade the year before,” she said. “I’m very proud of my Blue Key class, who really made sure that was one of the most inclusive Homecoming parades.”

“Izzy has worked in our office as a student intern since last year and has done an awesome job at ensuring that DEI conversations are occurring in student spaces,” Bell said, “She worked very hard in creating the Religious Days Calendar, to be used as a resource for the entire campus.

“She used all her power to help create an inclusive culture during the Homecoming festivities,” Bell added, “and has reported that she is hearing the fruits of her labor in some ongoing student organization conversations.”

Given her success as a student, Weik’s advice to incoming Rockets is twofold.

After graduation, Weik will continue her work in the community through the Toledo Mindfulness Institute, which works with inner-city schools to teach mindfulness and meditation and help decrease detention rates.