Judith Herb smiles with UToledo President Gregory Postel following the unveiling of a new monument recognizing the Judith Herb College of Education at an event May 6 outside Gillham Hall.

UToledo named the education college in Herb’s honor in 2006 in recognition of her generous $15 million gift to UToledo, which was the largest in University history at the time.

A former elementary school teacher, Herb received her bachelor’s and master’s degrees in education from UToledo. Her husband, Marvin, a former manager of a Pepsi-Cola bottling plant who purchased Coca-Cola bottling operations in Chicago, Indianapolis, Rochester and Milwaukee, has a master of business administration degree from UToledo.

“Judy Herb is an enthusiastic supporter of UToledo and remains actively engaged to ensure we are improving and advancing the College of Education as we train teachers for the transformational impact they have on the lives of their students,” Postel said. 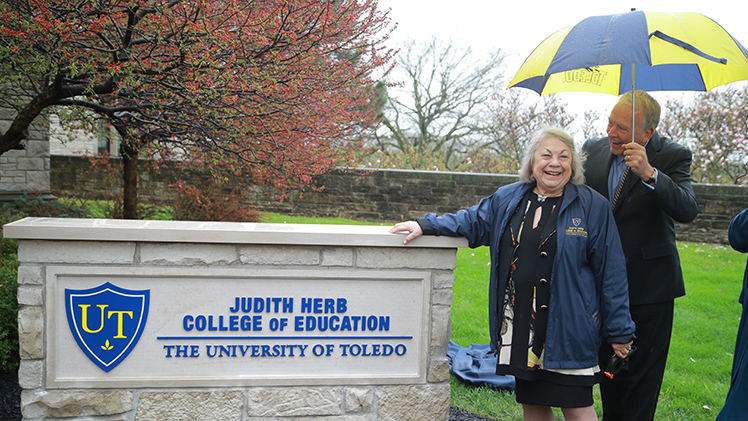