This year, we are celebrating the first anniversary of Juneteenth as a federal holiday. Juneteenth marks the day that enslaved people in Texas learned of the Emancipation Proclamation, more than two years after President Abraham Lincoln issued that edict. Black people in the United States have been celebrating Juneteenth ever since.

Many white people had never heard of Juneteenth until recent years. Our national celebration of this holiday honors this tradition in the Black community and raises awareness of the history of slavery and its aftermath in our country. Moreover, it gives us a chance to celebrate what was truly a joyous event – the Jubilee, the freeing of enslaved people.

However, our celebration of Juneteenth obscures the fact that Lincoln’s Emancipation Proclamation did not in fact bring about the end of slavery in this country. No one person ended slavery in this country. Slavery was not outlawed until the Thirteenth Amendment to the United State Constitution became law on Dec. 18, 1865, as a result of years of antislavery activism, including the activism of enslaved people. 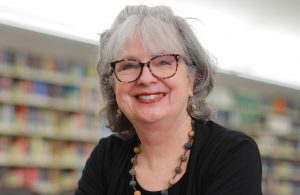 In fact, the Emancipation Proclamation did not free any slaves. It only applied to confederate states, and not to the Union border states in which slavery remained legal, and it only took effect in parts of the confederate states which were overtaken by Union forces. More importantly, a narrow focus on the Emancipation Proclamation obscures the agency of enslaved people who emancipated themselves by crossing Union battle lines and demanding freedom.

In the summer of 1862, well before the Emancipation Proclamation, Congress responded to these fugitives by authorizing northern troops to recognize fugitives from slavery as free people, and to allow former slaves to join the Union Army. The contributions of formerly enslaved soldiers to the Union effort were so significant that President Lincoln issued the Emancipation Proclamation as a war measure to aid the Union effort.

Lincoln’s Emancipation Proclamation was still a crucial landmark event in our nation’s history because it formally and irretrievably recognized that the Civil War would bring about the end of slavery, which was far from certain at the outset of the war. Moreover, the president played a key role in convincing Congress to approve the Thirteenth Amendment.

The Thirteenth Amendment prohibits involuntary servitude and it authorized lawmakers to remedy the badges and incidents of slavery. Celebrating Juneteenth raises our awareness of the reality of slavery and its legacy in our law and society.

Many activists today condemn the Thirteenth Amendment because of the clause “except as punishment for a crime whereof the party has been duly convicted.” Activists argue that this exception authorized the convict leasing that followed the end of Reconstruction in the Jim Crow south and the prison industrial complex today. However, it is far from clear that this interpretation of the exceptions’ clause is legally correct, and at least one federal appellate judge has found that the Thirteenth Amendment prohibits persons mandatory work for persons held in detention.

The problem with the Thirteenth Amendment is not the amendment itself, but the fact that its promise of freedom has not been enforced. In fact, until now it has been largely ignored by lawmakers, courts and the people.

What would it mean to actually abolish involuntary servitude in this country? How would that improve the lives of low-wage workers and people of color in our country? What if we actually tried to remedy the badges and incidents of slavery, including widespread race discrimination, mass incarceration and the racial wealth gap?

The Thirteenth Amendment invites and authorizes us to explore the answers to these pressing questions. Therefore, even while we celebrate Juneteenth, we must not forget the Thirteenth, and its liberatory potential for racial and economic justice in our country.

Rebecca Zietlow is a constitutional law scholar at The University of Toledo. She is a Distinguished University Professor and the Charles W. Fornoff Professor of Law and Values.