Celebrate the freedom to read and to think on Thursday, Sept. 30, with a day of virtual discussions about the loss of those rights as part of The University of Toledo’s 24th annual Banned Books Week.

“We join thousands of others across the United States to celebrate our right to read and think freely,” said Dr. Paulette D. Kilmer, UToledo professor of communication and coordinator of the UToledo Banned Books Coalition. 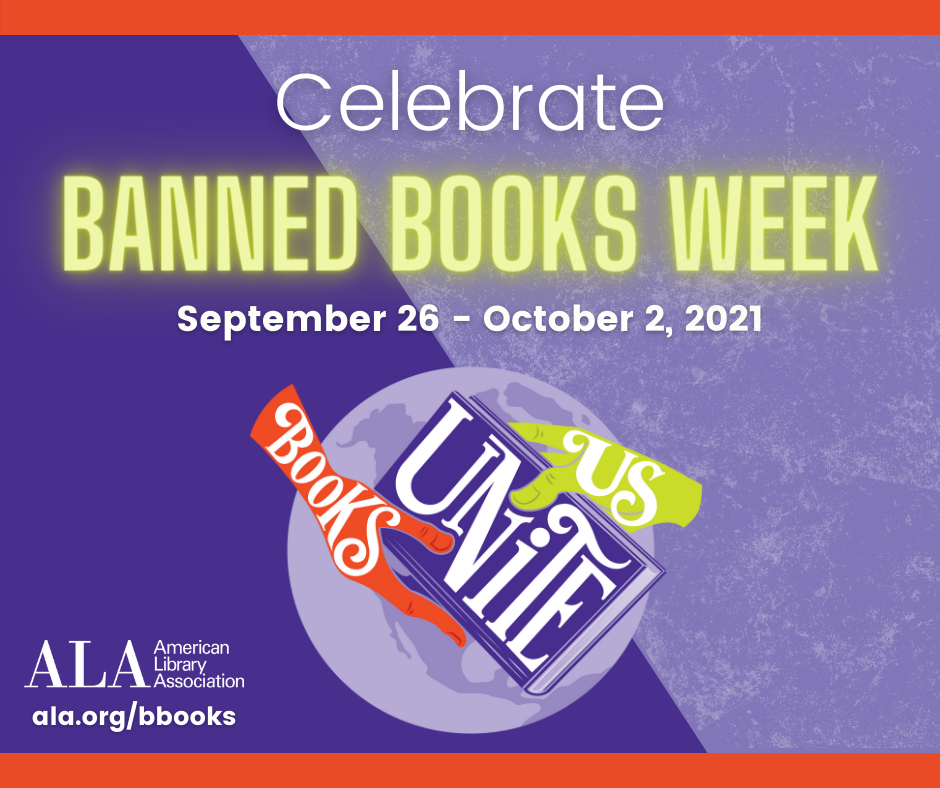 “Our democracy cannot exist if we are not allowed to read freely. Without dissenting ideas, we live in an echo chamber where we hear only sanctioned messages. We are not allowed to draw independent conclusions. Eliminating our right to intellectual freedom forces us to conform to the views of the state, church or other power over our knowledge.”

Banned Books Week’s daylong events are scheduled virtually, beginning at 9 a.m. with Kilmer’s presentation titled “Creating Freely — A First Amendment Right,” through the afternoon, and will be streaming via Facebook and YouTube.

Members of UToledo’s Banned Books Coalition as well as faculty, staff and alumni will make presentations, including:

•  10 a.m. — “Tracking Efforts to Ban ‘Critical Race Theory’: Where Do We Stand?” by Dr. Renee Heberle, professor of political science, co-director of the Program in Law and Social Thought and coordinator of the Inside/Out Prison Exchange Project.

•  11 a.m. — “Body Facts (poems) and Book Banning in Korea,” by Dr. Joey Kim, assistant professor in the Department of English Language and Literature.

•  Noon — “The Sacred Twinship: Not the Satanism Missionaries Imagined?” is the Dr. Linda Smith Lecture given by Dr. Barbara Mann, professor in the Jesup Scott Honors College.

•  3 p.m. — “Challenging Queer Experience in the Dream House,” by Dr. Sharon Barnes, associate professor and chair of the Department of Women’s and Gender Studies.

•  3:30 p.m. — “Educating the Masses at Home and Abroad; Malala Yousafzai of Pakistan,” by Saadia Farooq, UToledo alumna and member of the UToledo Banned Books Coalition.

Banned Books Week was launched in 1982 in response to a sudden surge in the number of challenges to books in schools, bookstores and libraries. Classic books including “Of Mice and Men” by John Steinbeck and “To Kill a Mockingbird” by Harper Lee have been banned, as have newer novels such as Alex Gino’s “Melissa’s Story (George),” about a transgender girl, and Angie Thomas’ “The Hate U Give,” about a 16-year-old Black girl who sees a white police officer shoot and kill her best friend during a traffic stop.

“Each year the books on the banned and challenged list reflect the moral concerns of our country,” Kilmer said. “For example, the attacks in 2020 on books about racism, anti-racism, racial injustice and Indigenous, Black or people of color parallel concerns about teaching critical race theory. Critical race theory existed at the college level for 40 years as a means of analyzing systemic and historical inequities before it became a political buzzword this summer.”

The event is sponsored by a coalition of organizations dedicated to free expression, including the American Booksellers Association; American Library Association; American Society of Journalists and Authors; Association of University Presses; Authors Guild; Comic Book Legal Defense Fund; Foundation for Individual Rights in Education; Freedom to Read Foundation; Index on Censorship; National Coalition Against Censorship; National Council of Teachers of English; PEN America; People For the American Way Foundation; and Project Censored. It is endorsed by the Center for the Book in the Library of Congress. Banned Books Week also receives generous support from DKT Liberty Project and Penguin Random House.

There will be a pair of 10-minute breaks and a 30-minute break for lunch at 1 p.m. Door prizes and Barnes and Noble gift cards will be given away every half hour.

Students may sign an electronic guestbook and indicate a code word, which is changed with each presentation, to provide proof of attendance should a faculty member give students credit for attending a session.