The University of Toledo Varsity T Club will induct its 2020 class of inductees on Friday, Oct. 22, at the Hilton Garden Inn at Levis Commons in Perrysburg. Social hour will begin at 6 p.m. with the dinner and ceremony taking place at 7 p.m.

The class, which include seven former student-athletes, is also scheduled to be introduced at halftime of the Rockets’ football game vs. Western Michigan on Saturday, Oct. 23. 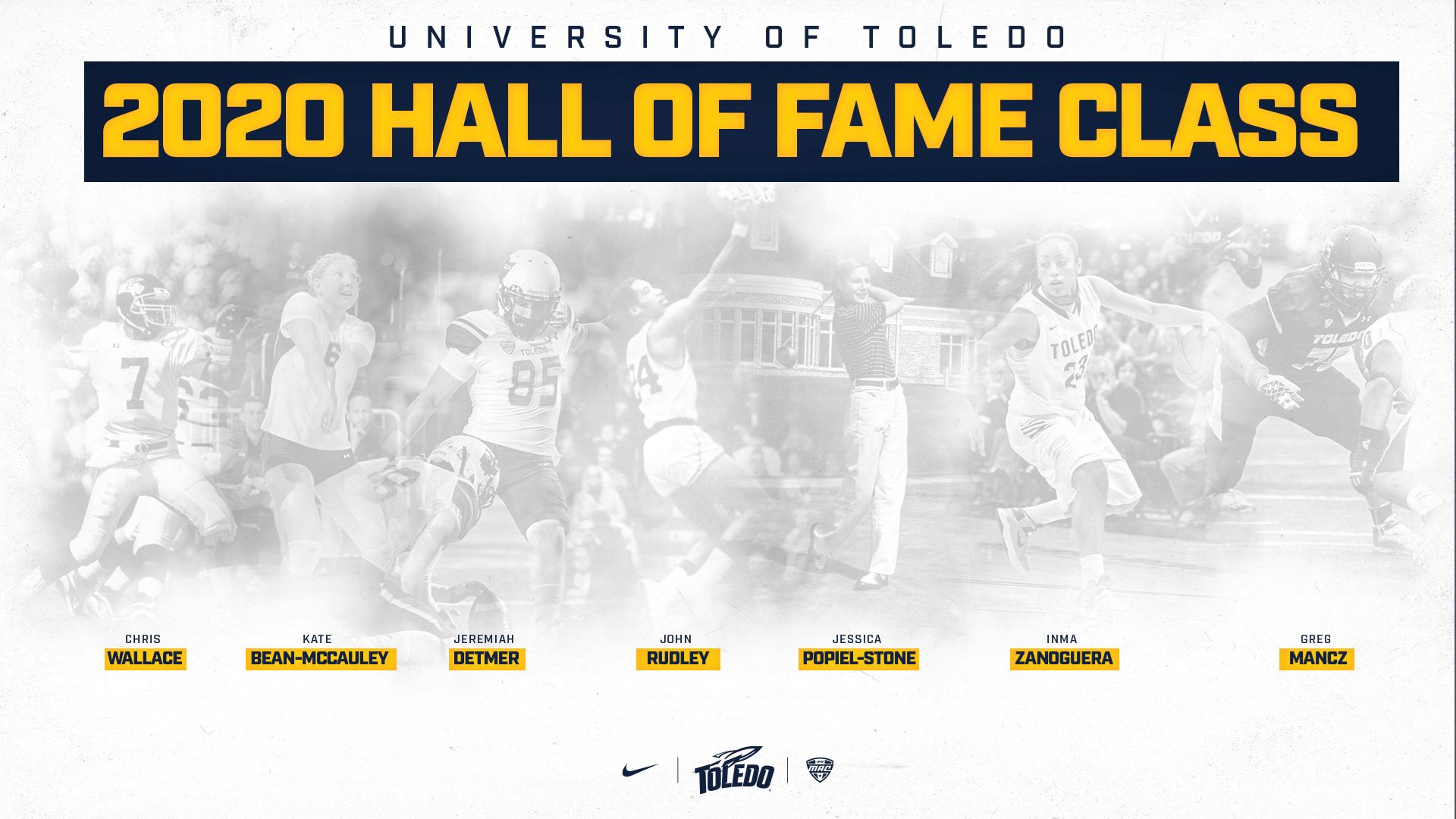 The 2020 class was originally scheduled to be inducted last year but the ceremony was delayed due to the COVID-19 pandemic.

The 2020 Varsity ‘T’ Hall of Fame inductees are as follows:

Others honored by the Varsity T Club include Dan Saevig, who will receive the Distinguished Service Award. Saevig recently retired as UToledo’s vice president for alumni relations after serving his alma mater for 30 years. Receiving honorary lifetime membership awards from the Varsity T Club will be former Toledo Mayor Mike Bell, a football player at UToledo from 1973-76, and Jeff Hepinstall, who played football for the Rockets from 1974-77 and has been an active member of the Varsity T Club for many years.