He was the only player from the Mid-American Conference to make the All-Bowl Team.

Norton, a 6-8, 310-pound left tackle, led an offensive line that did not relinquish a sack in the contest.

For the season, UT ranked second in the nation by allowing just four sacks in 12 games.

Norton was a first-team All-MAC selection in 2015 and was on the official watch list for the Rotary Lombardi Award, given annually to the top lineman in the country. 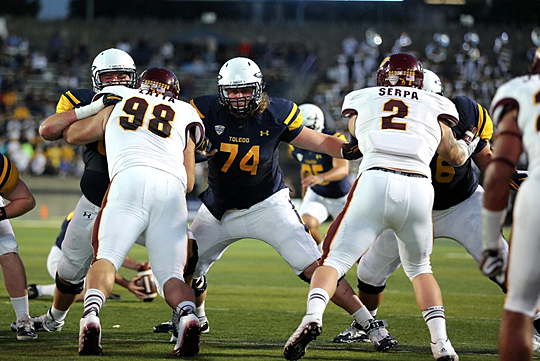