Moments before diving into the Caribbean Sea, about a day’s boat trip from Cuba, to get photos of a six-foot crocodile, Rick Francis, UToledo’s director of research advancement in the Department of Research and Sponsored Programs, insisted to his fellow underwater photographers that what he was about to do “was not that scary.”

But once in the water with nothing to separate him from the toothy beast but distance and a large, two-handed camera, a hyperventilating Francis realized, “I couldn’t fool anybody.” 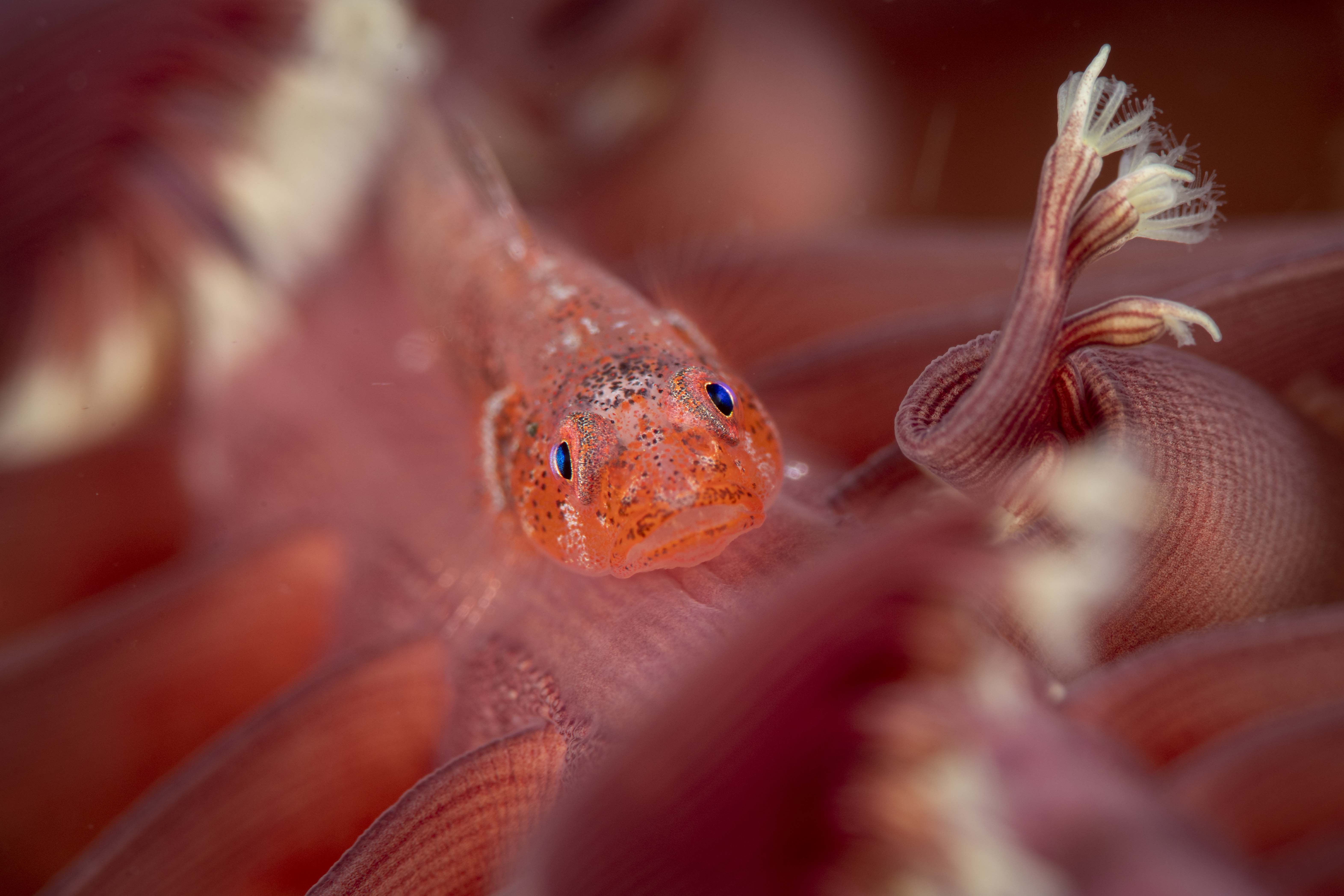 This photo of a Ghost Goby fish resting on a crimson sea pen is one of three underwater images Rick Francis submitted as a set to the British Society of Underwater Photographers.

The other photos in the winning set feature a tiny, speckled Ghost Goby fish, colored in the orange of a spectacular sunset with the pop of dark blue eyes that stare inquisitively and directly at us, resting on a crimson sea pen; and a pair of algae-munching sea slugs, each the size of a grain of rice with friendly faces and cartoonish black dots for eyes.

Francis said the key to the three photos, each taken during separate pre-pandemic trips in 2019 and in early 2020, is that he was at eye-level with the subjects when he photographed them — and that they in turn were looking directly into the camera. Capturing these photos required skill and luck. There’s the ocean current to contend with while also lining up the shot and framing it “just right.”

“And when something’s moving,” he said, “it’s really, really tough. I knew I was lucky.”

At 62, Francis has been taking underwater photos for quite a while, but recognition from an organized competition of his peers has remained elusive. 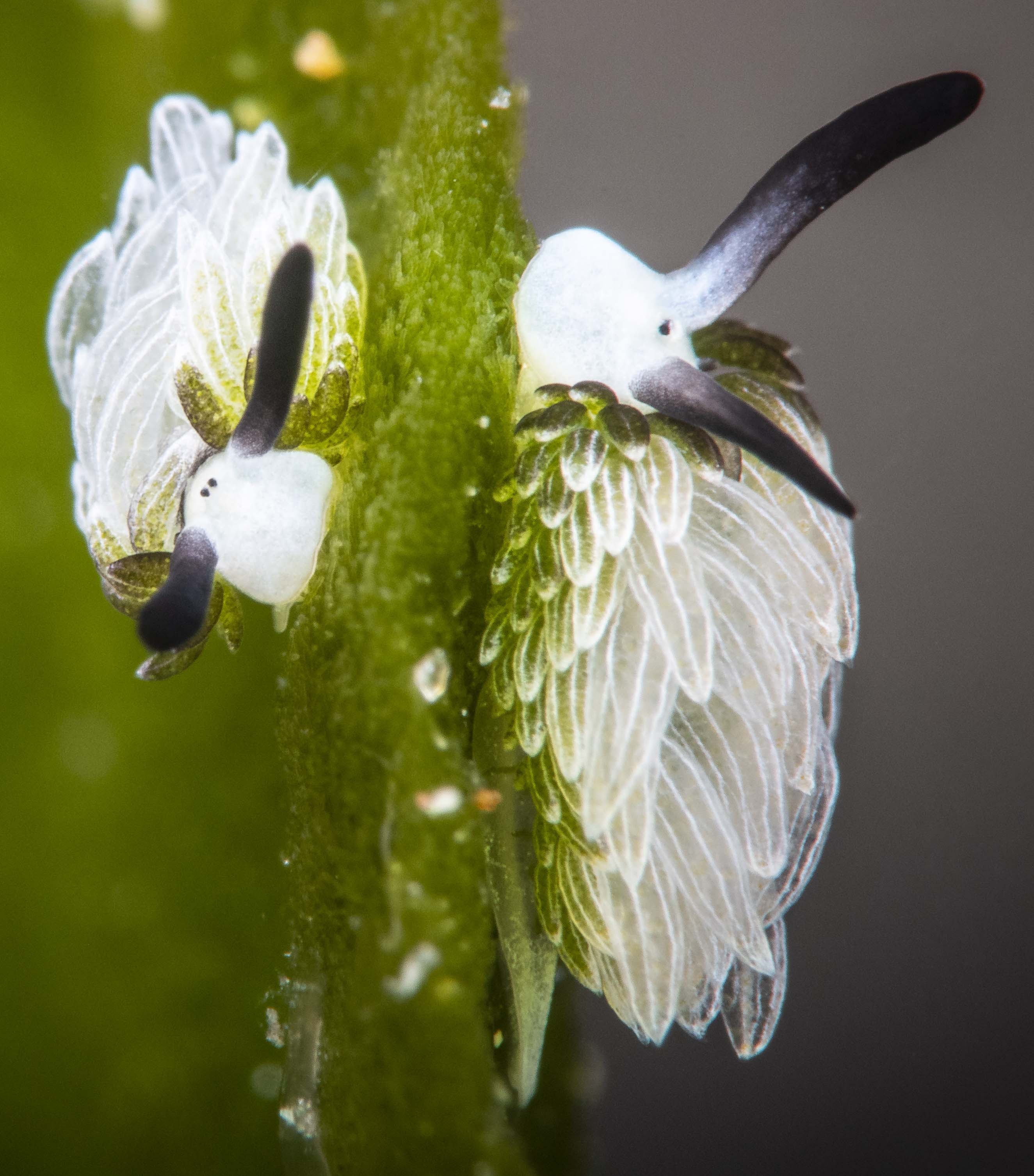 The size of a grain of rice, these algae-munching sea slugs look like friendly sheep.

But for his 2020 entry, Francis said he felt “pretty good” about his chances.

“I thought I had some strong photos,” he said. “I think I had three good ones and a lot of people had either two great ones or one real jaw-dropper but not three of them this time.”

Francis said he hopes to make additional underwater photo trips this year, assuming the pandemic abates. Meanwhile, he has been busy taking photos on the ground and nearby at many of the area’s Metroparks. Francis shares a collection of work on Instagram.

And for those who are inspired to take up photography themselves, Francis said it doesn’t have to involve a crocodile approximately 1,500 miles away or even the use of expensive equipment. Capturing nature’s beauty with a cellphone camera while on a stroll at the Metroparks is a great place to start.

“It’s also a nice place to be after staring at a computer screen at home,” Francis added, “just to walk around there for an hour, looking for a little beauty.”