Promising research from The University of Toledo suggests it might be possible to cure Type I diabetes by reprogramming a patient’s own immune cells to heal the pancreas and restore the body’s ability to make insulin.

The project, led by Dr. Juan Jaume, could revolutionize management of a disease affecting an estimated 1.6 million Americans. 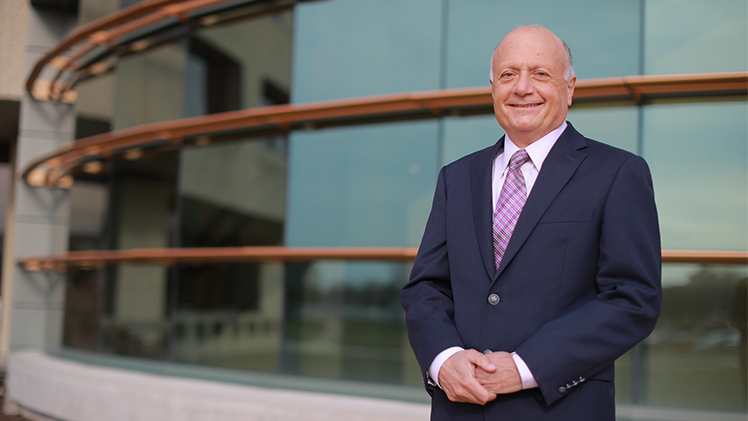 “This could change Type I diabetes from a lifelong condition requiring careful monitoring and daily insulin to one that’s curable, possibly even with a single immune-cell infusion,” said Jaume, an endocrinologist, professor of medicine and director of UToledo’s Center for Diabetes and Endocrine Research.

Immune cells are collected from a patient’s blood and then modified in the lab so they zero in on a specific target. After given time to multiply, they are then reintroduced to the patient via an infusion.

CAR T cells are already being used with success in the treatment of some cancers, including leukemia and lymphoma. However, Jaume’s regulatory CAR T cells are meant to stop a target-specific immune response — not supercharge one.

Unlike the much more common Type II diabetes, which typically develops later in life and is characterized by the body’s inability to effectively use insulin, in Type I diabetes the pancreas is unable to produce insulin.

“Type I diabetes is an autoimmune disease. The immune system is attacking the pancreas and preventing it from making insulin,” Jaume said. “We are taking these regulatory immune cells and giving them a GPS address to the pancreas’s insulin-producing islets, where they cool down the immune response and allow the insulin-producing target cells to repopulate. If we can direct a regulatory immune cell to exactly where we want and heal instead of kill, then we could have a cure for the disease.”

Last year, his lab completed a small-scale study that found their regulatory CAR T cell therapy was able to completely reverse the disease in mice that Jaume and his collaborators previously developed to mimic the full scope of human Type I diabetes.

While still under review by an academic journal, Jaume’s findings combined with a patent application for the therapy were enough to draw the attention of the Leona M. and Harry B. Helmsley Charitable Trust, a global philanthropic organization that invests heavily in early-stage Type I diabetes research.

In December, Helmsley awarded Jaume a grant to replicate his earlier 30-day animal study as a six-month preclinical trial to not only show the effectiveness of the treatment but gather additional safety data. At the same time, Jaume’s group will be studying the therapy’s effect on human cell settings in the laboratory.

“This is going to take some time, of course, but I’m really confident that we are on the right track,” Jaume said. “Within 20 days, our mice started making insulin again. We don’t know what the response is going to be in humans, but that’s the goal — we want to make this therapy available to humans.”