This week the named parties on opposing sides of one of the most important Supreme Court rulings in recent history will be at The University of Toledo to discuss the case and their resulting friendship. 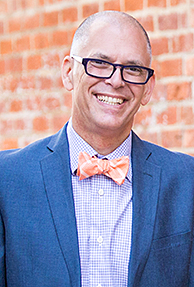 Jim Obergefell, the plaintiff who sued the state of Ohio for refusing to recognize his marriage on his husband’s death certificate, and Rick Hodges, the defendant and UToledo alumnus who served as director of the Ohio Department of Health at the time of the case, will take the stage for “Finding Friendship in a Contentious Place: A Conversation With Obergefell and Hodges From the Landmark U.S. Supreme Court Case on Same-Sex Marriage” Thursday, Feb. 13, at 6 p.m. in Doermann Theatre.

D. Benjamin Barros, dean of the College of Law, will moderate the free, public event presented by The University of Toledo Law Review.

Rob Salem, professor and dean for diversity and inclusion at the College of Law, will provide legal commentary of the challenges same-sex couples still face five years after the decision. 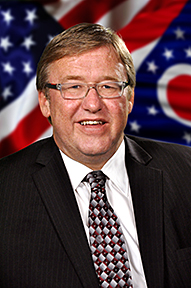 “We’re honored to host these guest speakers not just because of their prominent role in a landmark Supreme Court case, but because they embody the spirit of civility and celebration of differences,” Salem said.

Obergefell works as an LGBTQA+ activist and serves on the Board of Directors for Services and Advocacy for GLBT Elders, the oldest and largest national nonprofit organization that advocates for and provides services for LGBTQA+ older Americans. Obergefell co-authored the book “Love Wins” with Pulitzer Prize-winning investigative journalist Debbie Cenziper.

Hodges is an executive in residence and visiting professor at Ohio University. He also is the director of the Ohio Alliance for Innovation in Population Health. Hodges is a former member of the Ohio House of Representatives. He earned his master’s degree in public administration from UToledo in 1991.

For those unable to attend, the event will stream live on the UToledo Alumni Association website.