Dr. Larry B. Mellick has had much success in his career as a medical professional.

He has served as a medical doctor, professor, vice chairman, divisions chief and a divisions director as well as a full-time FBI physician. Mellick jumped at the idea of an educational limited TV series that shows actual surgeries being performed for entertainment purposes, but also as an educational opportunity. 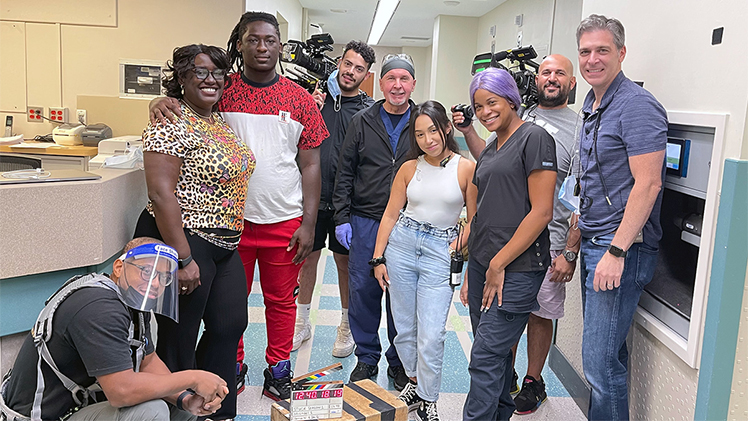 Dr. Larry B. Mellick, center with goggles, who received his medical degree in 1977 from the then-Medical College of Ohio at Toledo, is a professor and vice chairman and division chief of Pediatric Emergency Medicine at the University of South Alabama.

Mellick, who received his medical degree in 1977 from the then-Medical College of Ohio, is working with TLC on a limited television series where cameras are given behind-the-surgical-curtain access to capture jaw-dropping medical conundrums.

Viewers will witness extractions and removal procedures as they happen in real time, as well as interviews with patients, doctors and medical staff.

“I am one of several physicians involved in the first two shows and they have the story of one of my patients in each of those shows,” said Mellick, who is a professor and vice chairman and division chief of Pediatric Emergency Medicine at the University of South Alabama.

“The audience will get to see many real-life emergency department cases as they happened. There will be important safety lessons as well as demonstrations of medical problem solving.”

There is an intense vetting and peer-review process established and the university and medical center agreed to do the show with specific stipulations. Most of his patients in the show are older children or adolescents.

The inspiration for this show came from Mellick’s own YouTube channel. He has gained a half-million subscribers in his 10 years of content creation and all his videos are made using raw footage he’s recorded during different medical emergencies.

All advertising profits from the YouTube channel go into the Mellick Foundation Inc., which is an organization that donates to support education, free clinics, academic scholarships and missionary work in Africa. He also has been sharing some of the story on his Facebook page.

“My career has been blessed with so many experiences like this,” Mellick said. “The most fun was watching the excitement of the patients and their parents as they participate in the production of a real TV show.”