Eternal damnation – the state of being eternally punished in hell – is a widespread belief in Christianity that is currently being questioned by some Christian theologians from all denominations, from Evangelicals to Roman Catholics 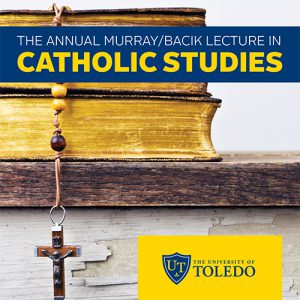 “One of the criticisms of a Christian belief in eternal damnation is that it makes God out to be vengeful or at least a God of retribution, rather than a God whose justice is restorative,” Feldmeier said. “Guests will learn that there have been alternative beliefs and that the seemingly incontrovertible Biblical data is really less clear than has been thought.”

Presented by the UToledo Center for Religious Understanding, his virtual lecture, “Hell Be Damned: Need I Believe in Hell to be a Good Christian?” begins at 7 p.m. via Zoom. Registration is required.

“I hope guests will use the forum to reconsider what Christianity means regarding the afterlife,” Feldmeier said, “and whether it could be legitimate not to believe in eternal damnation.”