Scientists have long known that a brief burst of electric current pulses through animal embryonic cells just before they split from one cell to two.

However, further research into the phenomenon hit a dead end, stumping biologists searching for answers about how our cells can divide so reliably with such precise timing. 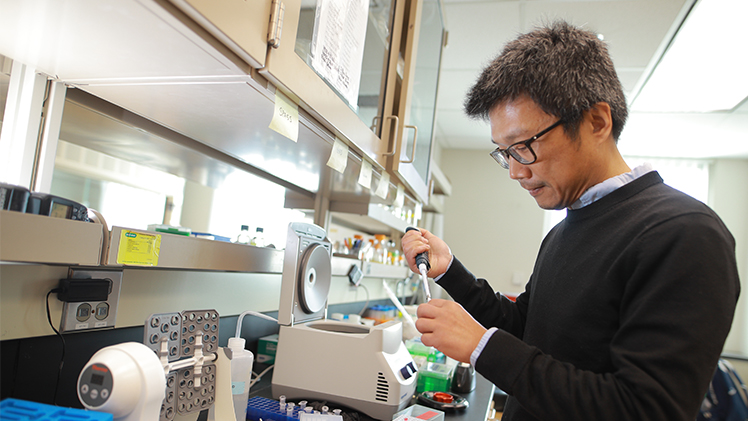 “When the cell divides from one to two, there is this current of calcium ions through the whole cell,” said Dr. Qian Chen, assistant professor of biological sciences at The University of Toledo. “It’s almost like someone turned on a switch, allowing the cell to divide. But how the current is generated and why a cell needs that current to accompany its division has been an enduring mystery.”

Scientific advances from UToledo may help provide those answers.

In a paper published in 2021, Chen’s lab was the first to observe a nearly identical cell division process in fission yeast, a tiny organism that has been used to study a range of other basic molecular processes.

“Our discovery provides us an ideal model to address these fundamental questions,” Chen said. “Yeast is cheap to grow in the laboratory, easy to manipulate genetically and have many of the same genes as human.”

Through genetic engineering and high-resolution microscopy, Chen aims to determine what contributes to the current of calcium ions and watch in real time what’s happening inside the cells at a molecular level.

The most prestigious NSF award for early-career scientists, the CAREER program supports promising faculty who have the potential to serve as role models in research and education while making important scientific advancements.

Of the approximately 5,000 genes present in yeast, Chen and his collaborators have identified a dozen for further study. The hope is that by removing genes one at a time, they can zero in on the specific genes responsible for generating the current. 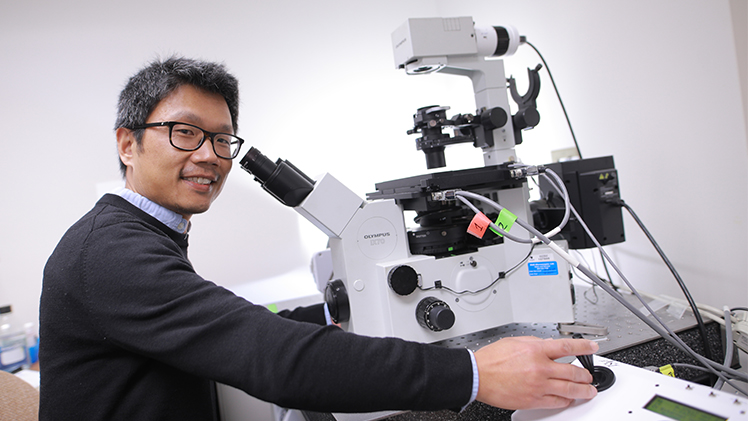 In a paper published in 2021, Chen’s lab was the first to observe a nearly identical cell division process in fission yeast, a tiny organism that has been used to study a range of other basic molecular processes.

At the same time, they’ll be using a laser microscope to examine and measure with high precision the calcium current in live cells and observe how individual molecules interact with each other inside the cell. Chen and his team also will study what happens to cell division when they intentionally disrupt that calcium messaging.

While the primary goal of Chen’s research is to provide a fuller understanding of a basic but essential biological process, their discoveries could inform future clinical approaches.

“It’s important to understand cell division both as a natural phenomenon and from the human disease perspective,” he said. “As humans develop, most of our cells lose the ability to divide. They’ve been going through division until it’s no longer necessary.”

One key driver of cancer, however, is that cells have regained the ability to divide. As those cancer cells divide and proliferate, they can spread out through the bloodstream or lymphatic system, colonizing regions far away from the initial tumor.

On the inverse, when cells can’t divide, our body may be unable to fully recover from injury. Damage caused by a heart attack or spinal cord injury, for example, is often permanent because those cells cannot divide and regenerate.

“If we discover what we propose to do,” Chen said, “it might one day be possible to manipulate this calcium current to nudge the cells toward the proliferation stage, or to intervene in the division and stop tumor cells from proliferating.”