Center Nathan Boothe will be one of 64 college basketball seniors competing in the Portsmouth Invitational Tournament to be held April 13-16 in Portsmouth, Va.

Boothe’s selection marks the third straight year that a Rocket is participating in the event. Rian Pearson and Julius Brown received invitations following the 2013-14 and 2014-15 campaigns, respectively. 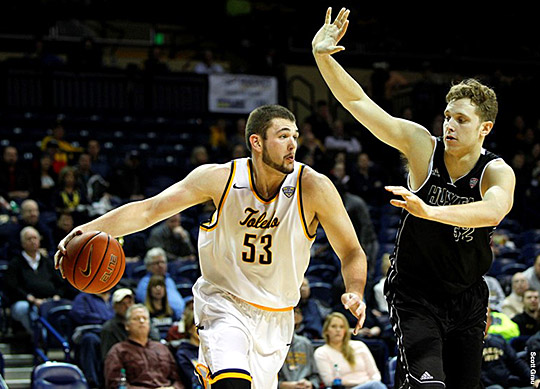 The Portsmouth Invitational, which is the second post-season event that Boothe will compete in, has been held since 1953. Each year, top college basketball seniors from across the country are invited to participate in the four-day, 12-game tournament in front of representatives from every NBA organization.

“It’s an honor for our program to have Nathan chosen to participate in this year’s Portsmouth Invitational,” Head Coach Tod Kowalczyk said. “Nathan has worked extremely hard for this opportunity and is very deserving of it. He possesses a lot of the tools necessary to play at the next level, and I’m looking forward to seeing Nathan take this step in his basketball career.”

Boothe was one of 20 players who played in the Reese’s 2016 Division I College All-Star Game during Final Four weekend in Houston.