Paige Chapman pictured it: She would wear a sky blue off-the-shoulder dress with a rose-gold necklace and matching earrings, and sparkly gold heels.

She would walk on stage of the Center for Performing Arts Recital Hall and sing “Tornami a Vagheggiar,” a love song from Handel’s “Alcina.”

That song will still open her senior recital, but the performance will be a video online.

“I won’t totally get all glammed up. I won’t pull out the ‘Cinderella’ blue gown that is so pretty,” she said. “But I’ll still look nice.”

And even though the soprano will record that video in the basement of her Troy, Mich., home, it’ll be a soaring performance.

Chapman’s singing career has continued its upward trajectory since she became a Rocket in the College of Arts and Letters.

The ingénue has played six leading roles in UToledo operas and one supporting role in a musical. She took top honors in the Concerto/Aria Competition Collegiate Division in fall 2019, and she participated in the National Association of Teachers of Singing Competition, placing third in fall 2017.

“Paige is a highly talented performer and singer. She has purity, agility and depth in her tone that make her voice adaptable to many different styles ranging from classical to musical theater,” Dr. Emily K. Oehrtman, UToledo visiting assistant professor of music, said.

“She is a genuine and generous performer, portraying a wide variety of characters adeptly, expressing poetry through song with ease, and showcasing different styles of music with grace and accuracy,” Oehrtman said. 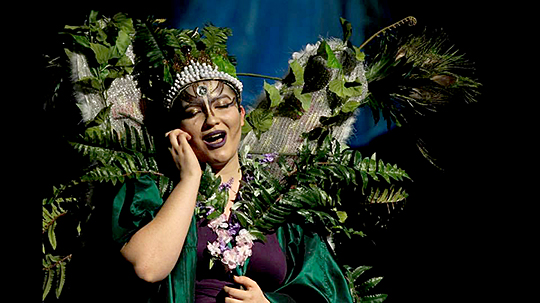 Chapman recalled her first opera role at the University — Natalie in Franz Lehár’s “The Merry Widower.” “I definitely learned a lot in that production. I was cast with someone older and more experienced. It was interesting to see the differences and similarities in how we performed the role.”

She had fun playing the title role in UToledo’s presentation of Seymour Barab’s “Little Red Riding Hood.” Another of her favorite roles on the University stage was in “A Midsummer Night’s Dream,” an opera with music by Benjamin Britten and libretto adapted by Peter Pears from Shakespeare’s classic comedy.

“I played Titania, queen of the fairies,” Chapman said. “I wore these ginormous wings — it was hard to walk in the hallway! It was an amazing costume to go along with amazing music.” 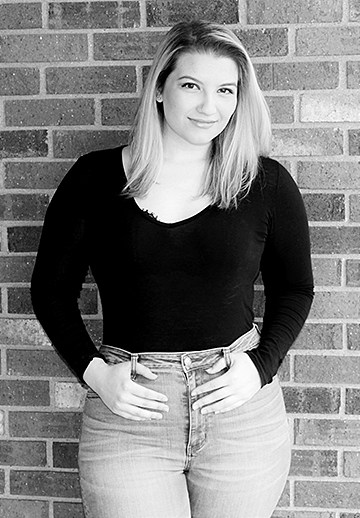 She reached new heights as Despina in UToledo Opera’s production of Mozart’s “Così Fan Tutte.” “This was the most challenging role. The entire opera is in Italian, and I had to master recitative — speaking that moves the story along. It was a very new skill to learn; it is music written with rhythms more speech-like with limited accompaniment,” Chapman said.

It wasn’t always about opera.

“I love music. I remember singing at Sunday school, and everyone told my parents [Steve and Annette Chapman] they should put me in voice lessons,” Chapman remembered.

When she turned 5, Chapman asked for voice lessons and a karaoke machine.

“The first song I learned in voice lessons was ‘The Beauty and the Beast,’” she said.

“Opera did not resonate with me right away,” Chapman said. “It definitely was something I fell in love with later — like a switch flipped.”

And once it was on, it was really on.

After she receives a bachelor of music in performance May 9 at UToledo’s virtual commencement ceremony, Chapman will pursue a master’s degree in music performance at Miami University in Oxford, Ohio, where she has a full ride and graduate assistantship.

As she ascends, she’ll take UToledo with her.

“I learned so much; I don’t think I can ask anything better as a student and person,” Chapman said. “There is such a tremendous sense of community here. I have made friendships and faculty relationships that I will carry with me for the rest of my life.”