Three University of Toledo student-athletes were named Distinguished Scholar Athletes from the 2019-20 winter season by the Mid-American Conference. The awards were received following strong contributions in the field of competition and exemplary work in the classroom. 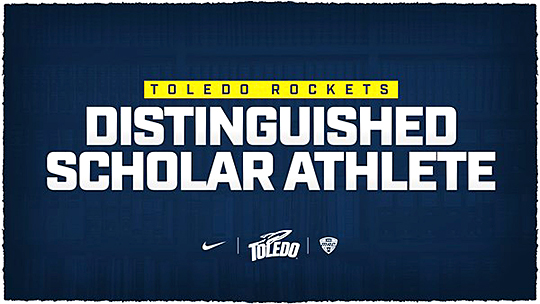 Horner is a sophomore majoring in pre-social work; she has a 3.774 grade-point average. Simuic is a senior majoring in health promotion and education; she has a 3.695 GPA. And Jones, a redshirt junior, is studying kinesiology and has a 3.734 GPA.

The award is given to student-athletes who have excelled in athletics and academics. Following each season, any student-athlete with a 3.20 GPA and participation in at least 50 percent of the contests is automatically named to the Academic All-MAC Team for each sport. First-year students and junior college transfers in their first year of residence are not eligible for the award.