Dr. Gregory Postel to Serve as Interim President of The University of Toledo

Postel is the former Interim President of the University of Louisville (UofL), as well as its former Executive Vice President for Health Affairs. He has more than 25 years of leadership experience with university operations, academic medical centers and clinical research, as well as university governance, teaching and research. 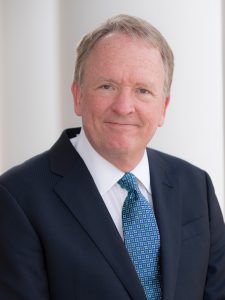 “Our priority was to hire an interim president with proven leadership ability, demonstrated financial acumen, and experience in all facets of university operations, including medical education and clinical operations, to lead our University after Dr. Gaber’s departure,” UToledo Board of Trustees Chair Mary Ellen Pisanelli said. “The wealth of experience Dr. Postel brings to the University will be invaluable as we continue to build our national reputation and grow our academic mission of service while addressing the immediate and ongoing fiscal challenges that universities and hospitals across the nation are confronting.”

“As a Board we felt it was critical to find a leader who had the experience necessary to lead the entire University of Toledo enterprise, including our academic institution and our hospital. Dr. Postel checks all the boxes,” said UToledo Board of Trustees Vice Chair Al Baker, who previously served on the Board of Trustees of the former Medical College of Ohio and who the Board elected today as Chair for the 2020-21 academic year that begins July 1. “Dr. Postel has a strong track record of collaboration while providing strong, decisive leadership after careful, intensive listening.”

In addition to serving as Interim President of UofL and its Executive Vice President for Health Affairs, Postel had an accomplished career as an academic interventional neuroradiologist, serving 18 years as Chair of the Department of Radiology at the UofL School of Medicine and as Vice Dean for Clinical Affairs and Chairman of the Board of the University Medical Center in Louisville. He was the founding Chairman of the Board and later the CEO of the University of Louisville Physicians.

During his time in leadership at UofL, Postel oversaw the design and implementation of two academic affiliations, including an eight-year, $33 million per year pediatric affiliation with Norton Healthcare and a $23 million per year adult affiliation agreement with KentuckyOne Health. He also led the planning and construction of the $80 million Pediatrics Medical Office Building; the management and board transition at the University of Louisville Hospital; the complete restructuring and implementation of the health sciences center budget and the creation of two consecutive balanced budgets in the context of flat tuition and with no program closures; and the reorganization of the athletics department.

“In an era of declining resources coupled with demands for greater transparency and collaboration, The University of Toledo’s success will depend on leadership that embraces clear communication, strategic planning and the creation of partnerships based on trust,” Postel said. “I know that The University of Toledo has a vital mission and a bright future, and I am honored to have this opportunity to help guide it during this period of transition.”

Postel will succeed President Gaber, who has announced her resignation to become the fifth chancellor at the University of North Carolina Charlotte. For as long as Dr. Gaber remains President, Postel will serve only in the capacity of an advisor with the powers and authority of the President retained by Dr. Gaber until the conclusion of her service. Only at that time will Postel become Interim President of the University.

The University plans to launch a national search for its 18th President in the coming months.