Since February, Michaela Margida, a Ph.D. candidate in ecology, has been collaborating to develop agricultural and environmental policy in our nation’s capital as a science policy fellow on New Jersey Senator Cory Booker’s staff.

Presenting, discussing and even debating science-based research is something Margida is familiar and comfortable with. 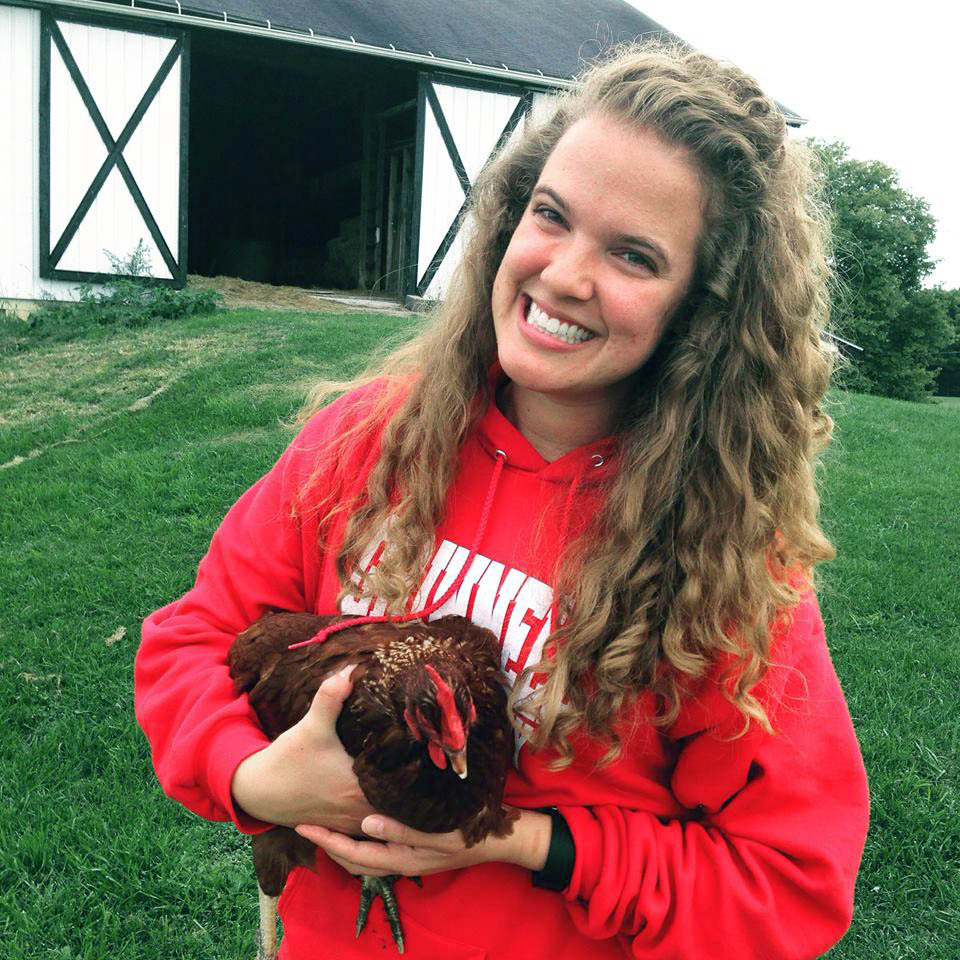 Since February, Michaela Margida, a Ph.D. candidate in ecology, has been collaborating to develop national agricultural and environmental policy as a science policy fellow on New Jersey Senator Cory Booker’s staff.

Only a week ago the 33-year-old returned virtually to The University of Toledo to defend her Ph.D. thesis about the mathematical modeling of leaf decay.

About a month before that, Margida, while on her “first real vacation” since she began her Ph.D. journey seven years ago, said in an email that she was looking forward to the process.

“For me, that’s the fun part. I can’t wait to share my research with everyone who supported me, cheered for me and contributed to my intellectual development along the way,” she said.

“Of course, I’ll be a bit nervous as well, but the really challenging part was writing the dissertation, so it’s a gigantic relief to have that finished.”

Update: Margida needn’t have been nervous. She passed.

As a congressional staffer, Margida works directly with a small team to help advance and shape U.S. environmental policy. This is done through internal discussions that include direct input with the senator, as well as external communication with staffers and senators on both sides of the aisle.

“Some people are a bit cynical about our political process when viewing it from the outside,” she said. “Being on the inside, though, and seeing what we do in Sen. Booker’s office has increased my faith in politicians. And it’s also increased my pride in being an American.”

She received this opportunity through a yearlong National Oceanic and Atmospheric Association (NOAA) Sea Grant Fellowship, which was developed to give graduate-educated scientists the chance to play a role in, and learn firsthand about, federal policy creation.

And at just past the halfway point of her fellowship, the opportunity has made a huge difference in her life.

“I describe this job as learning something new every 10 minutes,” Margida said. “The pace at which we learn new material as congressional staffers is staggering, and at first, it was overwhelming.”

Early in the job, in fact, she wondered and occasionally doubted if she was a good match for the position — until the process became more familiar and her confidence in herself grew.

“Confidence building is super important to me as a woman in science and as a young person,” she said. “This experience has made me feel so much better about making a valued contribution to agricultural policy because I see it playing out in real time.”

Agriculture isn’t just a passion for Margida. It’s long been a part of her life.

She grew up on her parents’ sustainable family farm in northeast Ohio, which had cattle, pigs, chickens and goats, before she and her brother moved away.

“Growing up on a farm has instilled in me a very deep love of the land and a sort of intuitive understanding that, in order to live off the land like farmers do, we must take care of the land,” she said. “That inspired me in part to devote my career to taking care of the planet, and that’s why I became an ecologist. That’s what also motivates me to work on agriculture policy, which is what I do in Sen. Booker’s office.”

Margida graduated from St. Thomas Aquinas High School in Louisville, Ohio, in 2006, received her bachelor’s degree in mathematics from Randolph-Macon Woman’s College (now Randolph College) in 2010, and her master’s degree in environmental science and policy from Duke University in 2013. After taking a brief break from higher education to teach science to junior high and high school students, she enrolled at UToledo in summer 2014.

And it’s here that Margida “came into her own.”

“I really appreciate my time at Duke, but I was ready for a change of pace,” she said. “The University of Toldeo has a smaller department, which meant more access to my professors and smaller classrooms. There was also a lower-pressure and more collaborative environment at the University. It was really magnetic to me and something I valued during my time there.”

A faculty member mentioned to Margida that she should apply to NOAA’s fellowship program. It was a yearlong process, from the application to the good news that she was accepted.

As with many workplaces during the pandemic, Booker’s office has been working remotely, so she has yet to meet the senator and her colleagues in person, though she moved to Washington, D.C.

But even through virtual meetings, she said talking with Booker was incredibly exciting.

“My team has had two briefings with him so far,” Margida said. “In fact, the first time I had a conversation with him, he knew my name and my background. And the second time I talked with him, he asked specifics about what I’d been up to. I was so starstruck.”

“Michaela has been a tremendous addition to our team from Day One,” said Adam Zipkin, Counsel to U.S. Sen. Cory Booker. “Her background in science and her passion for the issues that we work on every day allowed her to hit the ground running, and really make an impact here in Washington D.C.”

The opportunity, though, has been life-changing she said.

“On a personal level, it has been incredible, amazing and humbling,” she said. “I have been learning a lot about myself and what I value in a long-term career.

“When people find the right type of job for them, it becomes fun. Every day I wake up excited about my work.”