Ala’a Kayed had a plan.

Born and raised in Toledo, UToledo first attracted her interest with its diverse programs, particularly in political science.

“There were people in that program who were passionate about political science and knew what they were doing,” she said.

Hooked, she enrolled as a political science major and made plans to eventually pursue the field all the way through grad school. But a Federal Work-Study opportunity changed those plans. Kayed ended up working at the Office of Student Involvement and Leadership, which opened a door to something she’d not considered before: Greek life. 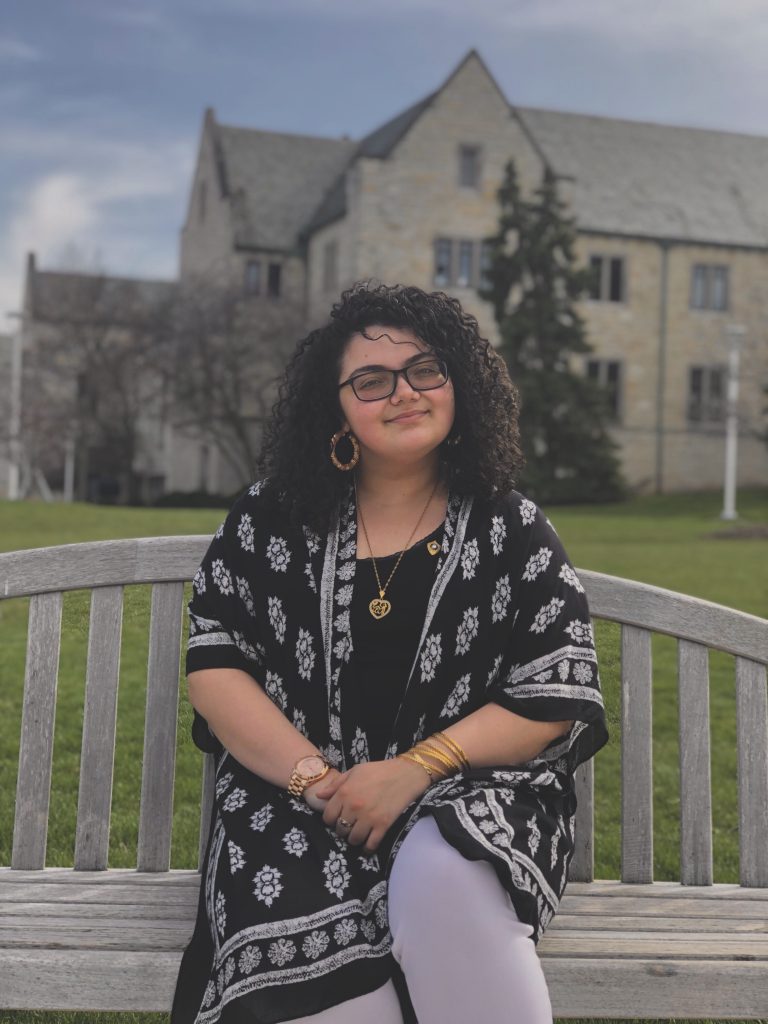 “A lot of people just have different ideas of what Greek life is, and being a student of color and a woman of color, that really wasn’t an idea for me,” she said. “It wasn’t until I got to see a better glimpse of what it was about and what the students of the Multicultural Greek Council were able to do, I began to think ‘Maybe going Greek really is for me.’”

“Even though we’re under a multicultural title, we, up until this last year, strictly represented organizations that were Latinx or multicultural but with Latinx backgrounds,” she said. “It wasn’t until this past semester that we chartered a Muslim-interest sorority. So we’re really looking to expand our offerings to encompass those cultures as well.”

In addition, Kayed wants to continue the campus conversation surrounding social justice in the United States, a topic that’s come increasingly into the national focus during the summer.

“Especially with the unjust murder of George Floyd and many other innocent Black people, we want to continue to raise awareness around the issues that arise in those communities,” she said. “We want to help our students and show them how to unlearn their subconsciously ingrained ways while relearning new anti-racist approaches.”

Helping students — especially students who may not have a clear idea about what path they’d like to pursue at UToledo — is the crux of Kayed’s college experience, and it hasn’t gone unnoticed among campus leadership.

“Ala’a is a role model for other students who may not necessarily understand the whole college experience when coming into school,” said Alex Zernechel, UToledo’s assistant director of Greek life. “She regularly speaks out against injustice and unfair practices occurring. She is always quick to support her fellow students to achieve their goals. She advances what it means to be a Rocket every single day that she is on campus.”

The drive to help others is natural for Kayed, who added an Africana studies major to her original political science plan. After she graduates, she’ll go on to grad school, ultimately hoping to land a position where she’ll have the opportunity to work with college students, hoping to help others recognize that small opportunities can grow into big things.

“The most important thing to realize is that it just takes that first step and first grain of effort. For me, it just took that one little push.”