Toledo-area native Judge Amul Thapar will discuss proposals for criminal reform based on his experience as a district court judge as part of The University of Toledo College of Law’s Stranahan Lecture series.

His lecture, “Innovative Ideas for Criminal Justice Reform,” will be delivered Tuesday, Sept. 28, at noon in the McQuade Law Auditorium at the Law Center. 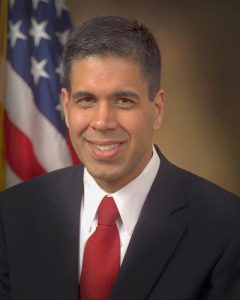 Before becoming a judge, Thapar served as the U.S. attorney for the Eastern District of Kentucky. He was appointed to the Attorney General’s Advisory Committee (AGAC) and chaired the AGAC’s Controlled Substances and Asset Forfeiture subcommittee. He also served on the Terrorism and National Security subcommittee, the Violent Crime subcommittee and the Child Exploitation working group.

“Since the summer of 2020, Americans have been engaged in a robust debate on whether and how the American system of criminal justice should be reformed,” said Lee J. Strang, John W. Stoepler Professor of Law & Values at the College of Law. “Judge Thapar brings to bear on this important subject his years of experience from within the executive and judicial branches.  Judge Thapar’s lecture is sure to provoke conversation.”

Judge Thapar received his B.S. from Boston College and his J.D. from the University of California, Berkeley. He grew up in Sylvania and Ottawa Hills.

This free, public lecture is a part of the Stranahan National Issues Forum and is sponsored by the College of Law and its chapter of the Federalist Society for Law and Public Policy Studies. For more information, visit utoledo.edu/law/events/stranahan-lecture.