Kourtnee Dallas-Robinson will leave The University of Toledo with more than a degree and a job lined up. With her experience in Greek life, she’s ready to make her mark with leadership skills that set her up for success.

In her fourth year studying finance and marketing, Dallas-Robinson joined Sigma Gamma Rho Sorority Inc. during her sophomore year at UToledo. She had been around Greek life growing up, with both her parents involved in chapters during their college years. She was eager to create her own experiences, inspired by the values and standards that Greek organizations represent. 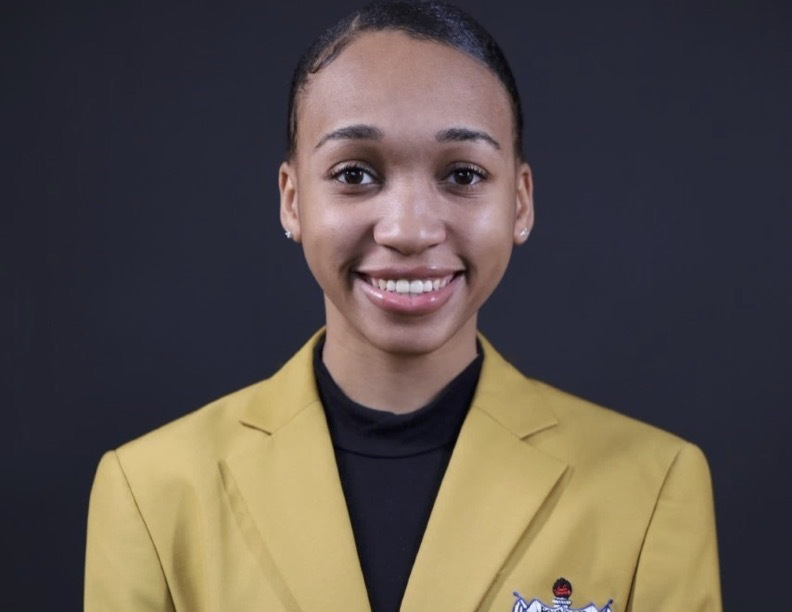 “I wanted to join because I wanted to make a change in the National Pan-Hellenic Council at UToledo and my chapter,” Dallas-Robinson said.

She quickly went from general member to a leadership role, and then the biggest role in the organization — chapter president. With a small number of total members in Sigma Gamma Rho and Dallas-Robinson being involved in the sorority the longest, she knew that she had to step up and fill the role.

And though she was nervous that her first leadership position was such an important one, she never looked back. Dallas-Robinson is also the treasurer of the National Pan-Hellenic Council, the governing body of nine historical African American chapters on campus.

“A great leader knows when to delegate a task, how to communicate to their team effectively, and, most of all, to be understanding and a team player. A leader must set an example for others to follow, but they must be aware when they also need to reevaluate their skills,” Dallas-Robinson said. “Every job is looking for someone who already has leadership skills or experience, so joining an organization and obtaining a position is a great way to start.”

In addition to her involvement with Sigma Gamma Rho and the National Pan-Hellenic Council, Dallas-Robinson also is a member of the F.I.R.E. Squad Dance team, an organization that connects members through confidence, growth, sisterhood and dancing.

She remembers her first performance with the team in fall 2019. Before she took the stage, she was anxious, afraid that she’d be the one to mess up. But once she was in front of the audience, and all she saw were bright lights as she heard the roars from the crowd, Dallas-Robinson realized that the long practices and stressful nights were worth it.

“This was something that I loved to do, a passion of mine that I never pursued,” she said.

Dallas-Robinson’s newfound love for leadership is all thanks to those who have guided her growth along the way — recent alumni Jazmine Rice and Emir Moore. They helped her identify academic resources, introduced her to F.I.R.E Squad Dance Team and Black Student Union, and apply for internships.

“Jazmine showed me where to find resources around campus, allowed me to step out my comfort zone and was always a listening ear whenever I needed her,” Dallas-Robinson said. “Emir has been someone who has done more for me than I could ever imagine. Whether that was helping find where to obtain lower-priced books, tutoring and different resources that would help me with my career once I graduated.”

After graduation next spring, Dallas-Robinson will join KeyBank in Cleveland as a part of its Finance Rotational Program. Her long-term goal is to earn a master’s degree in behavioral studies and start her own nonprofit to help special needs children.

“Most importantly, I learned that I am educated, talented, determined, persistent and resilient.”