The University of Toledo received a Graduation Success Rate (GSR) of 92% for its athletic department, in the latest figures released by the NCAA. That figure ranks second among the 12 schools in the Mid-American Conference, trailing only Miami University’s score of 96%. 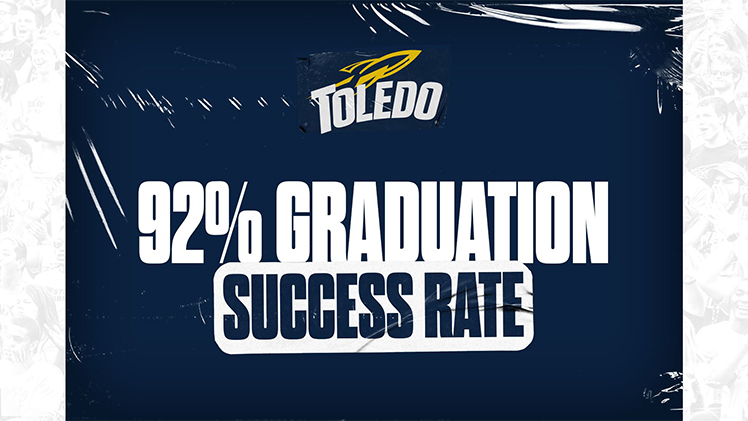 “We take great pride that our latest GSR figures are showing that our student-athletes are graduating at a very high rate,” said University of Toledo Vice President and Athletic Director Mike O’Brien.

“A total of 191 Rockets have graduated from The University of Toledo over the last three years. This is a tremendous achievement for our program, as well as for each graduating student-athlete and their family.”

GSR is a gauge of every team’s graduation rate within a six-year period of a student-athlete’s enrollment. The latest GSR figures examined the student-athlete cohort that originally enrolled in 2013 and would need to have graduated by August 2019 to count as a graduate.

The GSR also allows for a deeper understanding of graduation success in individual sports than the federal metric, which has broader groupings.