In the coming decade, a new window into the first billion years of the universe will be opened when more powerful instruments are deployed including the James Webb Space Telescope and Earth’s first 30-meter-class ground-based telescopes.

Dr. Eli Visbal, assistant professor of astronomy at The University of Toledo, and his research group are working to develop the theoretical models necessary to guide and interpret these observations.

The National Science Foundation awarded Visbal a $227,367 grant to develop a new theoretical framework to predict when and where the first stars formed throughout the very early universe. 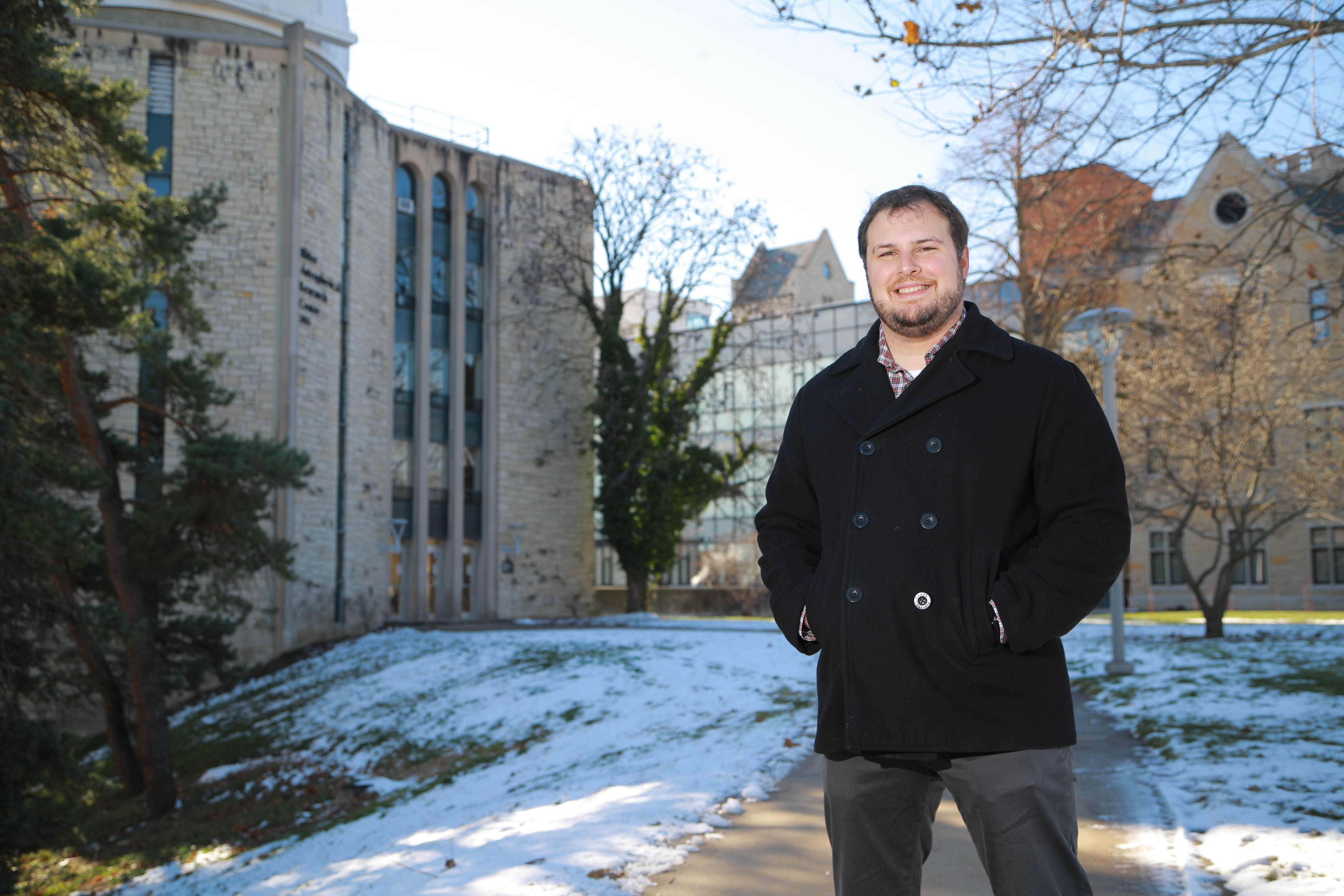 In the middle of the coronavirus pandemic, Visbal also published an article titled “The Assembly of the First Massive Black Holes” in the Annual Review of Astronomy and Astrophysics.

“Annual Review articles summarize an entire field and are typically written by leaders in that field,” said Dr. Michael Cushing, professor of physics and astronomy and director of UToledo Ritter Planetarium. “That Dr. Visbal was an author on one of these articles speaks to his exceptionalism as a scientist.”

Visbal is a theoretical astrophysicist, not an observer. He makes theoretical predictions with both paper-and-pencil calculations and numerical simulations run on supercomputers that can be used to interpret observational data.

•  What were the properties of the first stars and galaxies?

•. How did the first supermassive black holes form?

•  How did the first galaxies impact the intergalactic gas surrounding them?​

The universe is 14 billion years old, and Visbal’s work focuses on understanding the transition from simplicity to complexity in its first billion years.

“Observations indicate that the universe shortly after the Big Bang was exceedingly simple,” Visbal said. “It consisted of a nearly uniform expanding medium of neutral gas, dark matter and radiation. In contrast, things were much more complicated only a billion years later. We observe that galaxies comprised of huge numbers of stars have formed by this time.”

Visbal was born and raised in Ohio just outside of Dayton. He earned his Ph.D. in physics at Harvard University and his bachelor’s degree in physics at Carnegie Mellon University. Before arriving at UToledo in September 2019, he was a postdoctoral fellow at Columbia University and the Flatiron Institute in New York.