Junior defensive tackle Judge Culpepper along with sophomore safety Maxen Hook and sophomore offensive lineman Nick Rosi were all named Academic All-District for the first time in their careers for Toledo, which is 8-5 and headed to the 2022 Roofclaim.com Boca Raton Bowl at FAU Stadium in Boca Raton, Florida, on Tuesday, Dec. 20, to face FBS Independent Liberty (8-4). 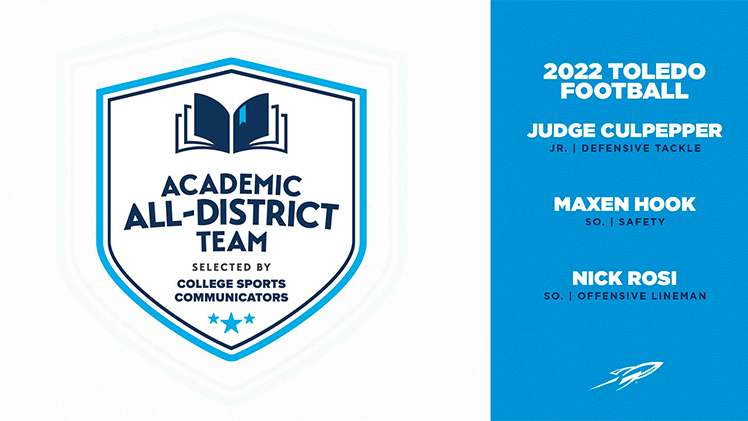 All three players are now on the ballot for Academic All-America.

The 2022 Academic All-District Football Teams selected by College Sports Communicators (CSC), formerly CoSIDA, recognize the nation’s top student-athletes for their combined performances on the court and in the classroom.

To qualify for Academic All-District honors, student-athletes must have a minimum cumulative grade point average of 3.5 and play in at least 50 percent of the team’s contests. No student-athlete is eligible until he or she has completed one full calendar year at his or her current institution and been on a college roster in that sport for two years.