Visiting campus helped Luke Gorbett, from Ontario, Ohio, decide that The University of Toledo College of Engineering was the right fit for him.

Gorbett made an early connection with Jon Pawlecki, the college’s director of student services and transfer partnerships, and is most proud of the positive impact that he has been able to make within the college by being a part of organizations he advises: the Roy and Marcia Armes Engineering Leadership Institute and the University of Toledo Engineering Council.

Pawlecki remembers meeting Luke when he made a high school visit to UToledo and has watched him grow to be a student leader in the college.

“It has been a pleasure having Luke as a student in the College of Engineering,” Pawlecki said. “He has been an outstanding ambassador for our college and has served as a role model to his peers in the University of Toledo Engineering Council and the Roy and Marcia Armes Engineering Leadership Institute. 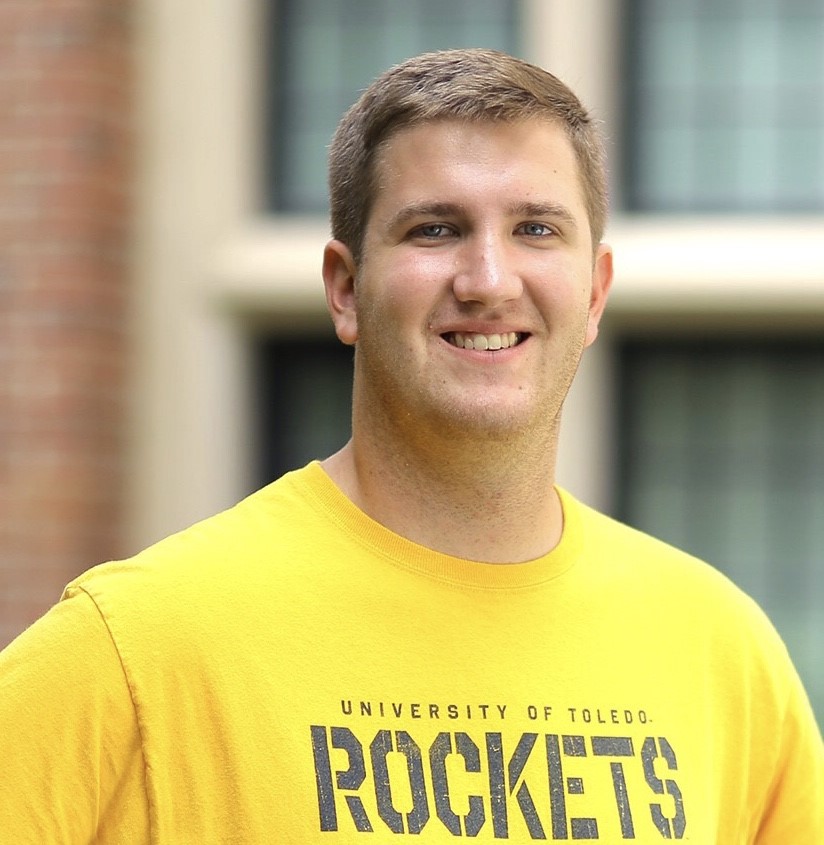 Gorbet graduated with a bachelor of science degree in chemical engineering on Dec. 6 and joined The Lubrizol Corp. at its worldwide headquarters in Wickliffe, Ohio, near Cleveland, as a process development engineer. He completed all three of his mandatory co-ops with the company, plus one more just because.