The Toledo football team will be playing in their 19th bowl game in program history and their sixth in the last eight seasons in today’s Bahamas Bowl matchup with Middle Tennessee State at Thomas A. Robinson Stadium (noon/ESPN). 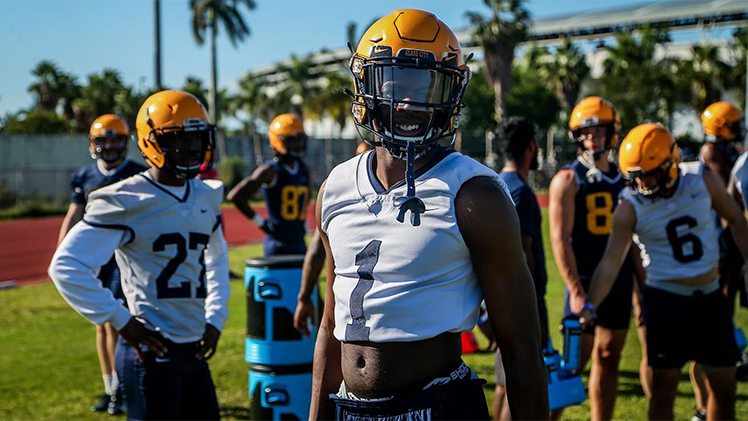 The Rockets arrived in the Bahamas on Monday afternoon and held their final practice on Thursday morning.

The team arrived in the Bahamas on Monday afternoon and held its final practice on Thursday morning.

Toledo is in the Bahamas Bowl for the second time in the last four seasons after accepting an invitation to play in 2018.

Boosted by a strong end to the regular season, the Rockets enter the Bahamas Bowl leading the MAC in both scoring offense (34.2) and scoring defense (21.0). Toledo will be led by a strong core of players that earned 11 All-MAC honors, including five first-team selections: senior offensive lineman Bryce Harris, senior defensive backs Tycen Anderson and Samuel Womack, junior running back Bryant Koback, and junior outside linebacker Jamal Hines.

Friday’s game will be a battle of two elite units when the Rockets have the ball. Toledo leads the country in fewest turnovers (six) and Middle Tennessee’s defense leads the nation in most forced turnovers (31). Toledo has lost just four fumbles and thrown two interceptions this year, while MTSU has forced 15 fumbles and picked off 16 passes.