Graduating with a bachelor of fine arts degree from The University of Toledo was a journey Rose Mansel-Pleydell never imagined taking. Weeks after receiving her diploma, though, Mansel-Pleydell said she wouldn’t change her choice to engage her artistic bent.

Mansel-Pleydell, 24, was born in Wagga Wagga, New South Wales, Australia, but was raised in Ney, Ohio, located a short northwest drive from Defiance, where she has lived since enrolling in UToledo.

The oldest of seven children, Mansel-Pleydell grew up on a rural homestead raising animals, gardening, showing livestock in the local 4-H program and enjoying small-town living. In fact, she originally pursued pre-veterinary sciences as a degree at a private university, before transferring to a local community college where she earned an associate’s degree in entrepreneurship.

“I was still really trying to discern what exactly my calling was and what degree would help me achieve my goals for my career,” Mansel-Pleydell said. “I knew I wanted a bachelor’s degree and ever since graduating high school, I had become more and more interested in a career in the arts.”

It was a love for the arts, as fostered by her family, that influenced Mansel-Pleydell to pursue her UToledo degree. And it was UToledo’s proximity to and affiliation with the Toledo Museum of Art that attracted her to the BFA program.

“I fell in love with TMA as a community college student when I went there for a project,” Mansel-Pleydell said. “And I was thrilled to find that, as a UToledo art student, I took many, many art history and studio art classes which referenced TMA works, had sessions inside the galleries – sometimes even after-hours, so we had the whole museum to ourselves – and used works as models for drawing or painting projects.

“The partnership and availability of the museum was 100% worth it,” she added. 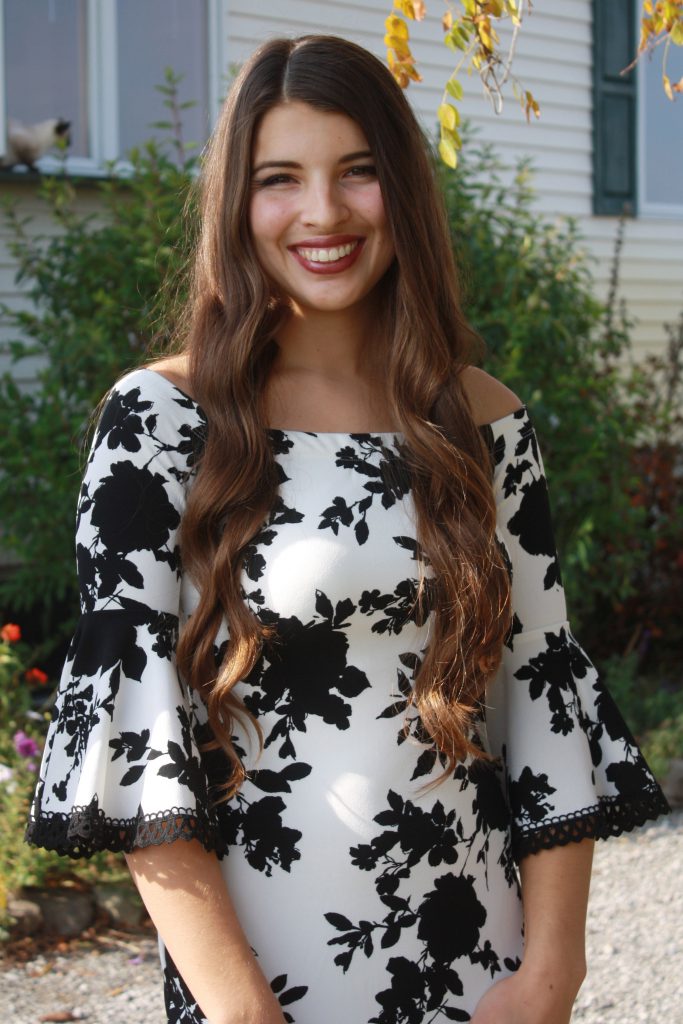 It was a love for the arts, as fostered by her family, that influenced Rose Mansel-Pleydell to pursue her BFA at UToledo.

A disappointing score she received for her junior fall art review was painful but proved to be crucial to her growth as a student and artist.

“I simply was not well-prepared, and I gave my poorest portfolio and presentation,” Mansel-Pleydell said. “Because my faculty and mentors encouraged me and told me I could have done better that fall, I came back with a clearer voice and more eloquent work than ever before. I am thankful for the rigorous program which refused to let me be a mediocre artist, and instead challenged me to be great.”

Hernandez, an associate professor in the Department of Art, was among her mentors who pushed her to do better following that project. He was on sabbatical that fall semester but the pair talked a few days following her review.

“One thing that is remarkable about Rose is that she absorbs and processes critical feedback in a positive way,” Hernandez said. “She is a talented artist for sure, but it is this ability to listen, understand and quickly apply instruction that sets her apart from other students.

“Where some students are resistant to input, Rose takes advantage of it to the best of her ability. She turned what was for her a failure into a positive learning experience by applying this skill.”

And while graduation accolades from family and friends are increasingly infrequent as the weeks go by since the Dec. 6 virtual commencement, Mansel-Pleydell’s euphoria for her accomplishment is undiminished.

“I still can proudly tell people I am a college graduate,” she said. “No matter what degree I now bear, I am so thankful for the lessons about life I learned while forging my way these past six and a half years.”