In this play, Shepard, who won the Obie Award for playwriting in 1979, explores what were to become key themes in much of his later work. 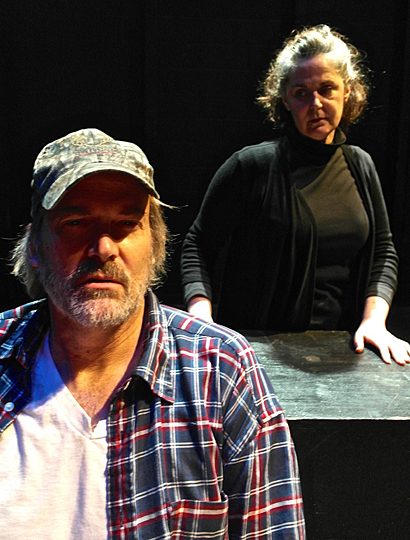 Of “Buried Child,” he has said, “One of the weird things about being in America now is that you don’t have any connection with the past. … You’ve got this emotional thing that goes a long way back, which creates a certain kind of chaos, a kind of terror.”

Indeed, the patriarch of the family has grown nothing on his land for 30 years, and family members sometimes fail to even recognize each other. Shepard focuses on the surreal de-evolution of a family deeply disturbed by self-inflicted traumas.

This is a family that is irreparably disconnected both socially and emotionally — still an all-too-unfortunate constant in America, according to UT alumna and director Megan Aherne.

“While we may not have all experienced the transgressions within this play, we all know how this feels in one way or another,” Aherne said. “Everyone has secrets, and only by unearthing those truths and confronting the past can one begin to heal.”

Costumes were designed by Kelly McBane. Aherne came up with the set, which was realized by James S. Hill, UT professor emeritus of theatre. The lighting designer is Corey Sprinkles, and Jessica Homer is the sound designer.

“Buried Child” will be performed Friday and Saturday at 8 p.m., with Sunday matinees at 2 p.m. The doors will open one half hour prior to curtain.

Ticket prices are $15 at the door; student rush tickets for $10 also will be available.