The I Love the ’90s Tour will stop at Savage Arena Saturday, Aug. 20, as part of the Savage Live concert series, UT officials announced Wednesday.

The event will be headlined by the Grammy Award-winning group Salt-N-Pepa, best known for their groundbreaking efforts as one of the first all-female rap groups and numerous hits. 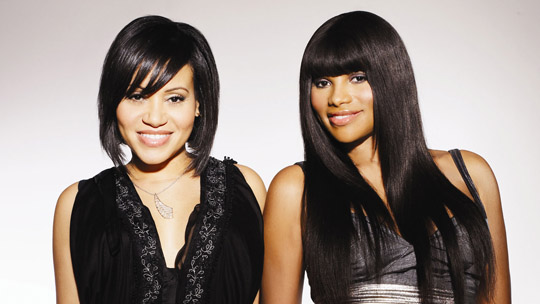 I Love the ’90s will be the second event in Savage Live, a multi-event concert series hosted by The University of Toledo. Savage Live will kick off Saturday, March 19, with the sold-out Rock the Arena, an eight-act rock fest headlined by Bret Michaels.

“We’re thrilled to announce I Love the ’90s as the next event in the Savage Live concert series,” said UT Associate Athletic Director Tony Zaworski. “Our goal has always been to bring in entertainment that will appeal to both the campus and community, and we believe this lineup does just that. This concert will take us back to a decade that helped lay the foundation for today’s hip-hop and rap artists with music that still permeates pop culture today.”

He added, “After selling out Rock the Arena, we believe this next installment in our series will continue to show that Savage Arena is once again a thriving venue for live entertainment in Toledo, Ohio.”

Tickets starting at $35 will go on sale Thursday, March 3, at UTSavageLive.com and at the UT Ticket Office in Savage Arena and by calling 419.530.4653.

For more information on this and other Savage Live events, visit UTSavageLive.com or UTRockets.com.