As one of the dozen MAC institution honorees, Foss, associate professor of theatre and film, is highly deserving of this award, said Dr. Karen Bjorkman, provost and executive vice president for academic affairs. 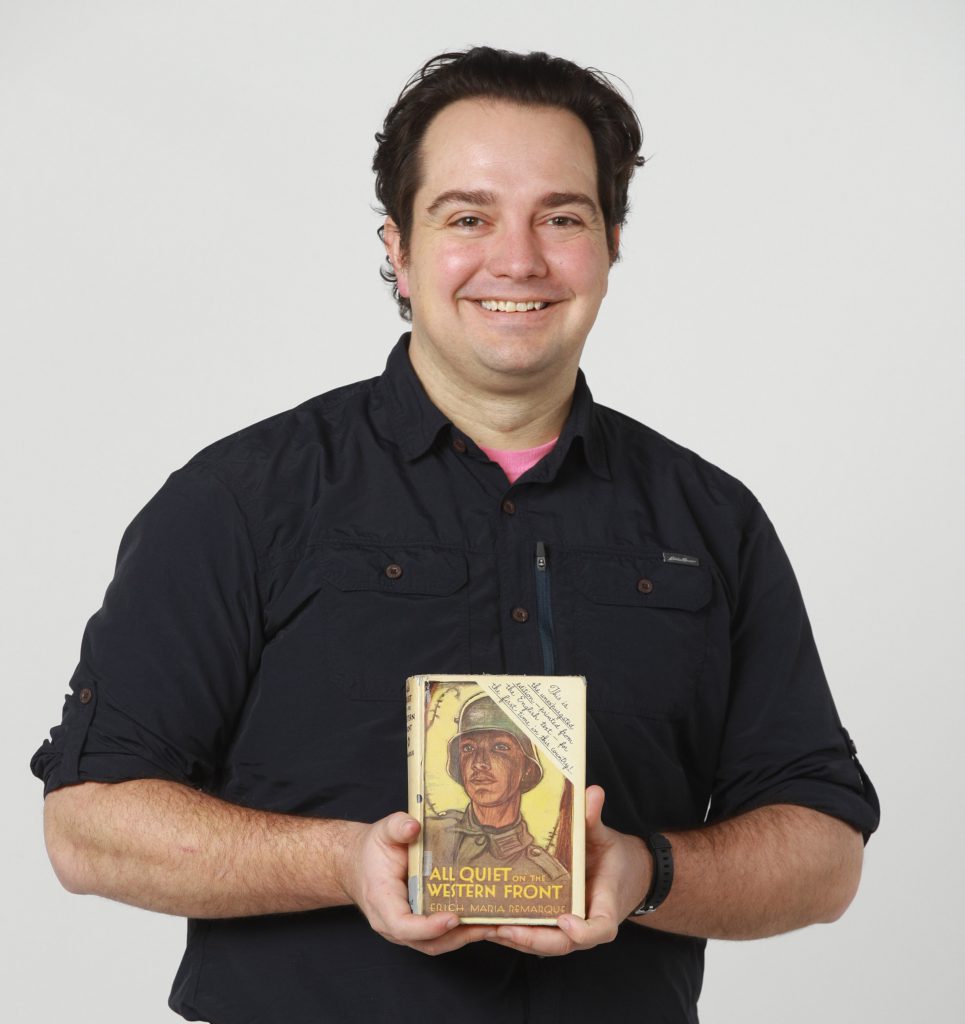 An award-winning adaptation of “All Quiet on the Western Front” that Foss directed, and which premiered in Chicago, featured UToledo students, faculty and staff.

“We are very proud of Dr. Foss’ selection for this award,” Bjorkman said. “This award recognizes the outstanding dedication he has exhibited throughout his interactions with students, not only in the classroom but throughout the entire process of theater-making.

“Dr. Foss’ commitment to mentoring and working with students to gain the skills, knowledge and experiences they need to be successful is truly exceptional.”

For Foss, students have always come first, whether in his classes, in his productions or in his research and creative work.

An award-winning adaptation of “All Quiet on the Western Front” that Foss directed, and which premiered in Chicago, featured UToledo students, faculty and staff.

Foss has fostered student participation and performances with the National Tennessee Williams Festival during the last two festival seasons; and each year he takes students to the annual regional Kennedy Center American College Theatre Festival to help prepare students for auditions for scholarships and identify workshops or competitions that match the diverse interests and aspirations of each of his students.

In the summer of 2019, based on his ongoing affiliation with the Moscow Art Theatre, Foss initiated a study abroad experience for his students who were able to participate in classes and productions mounted by the theater.

In addition, he has helped students find internships at regional theater companies and featured them in his own local projects with the Toledo Museum of Art, the Arts Commission and WGTE.

Foss’ creative pedagogical approaches have been particularly impressive this past year as he has led efforts to support students in the midst of a global health crisis, said Charlene Gilbert, dean of the College of Arts and Letters.

“Even in the midst of a pandemic that shut down live theater around the world, Matt has crafted innovative ways for his students to continue to make and share their stories, especially with the need for urgent conversations around social justice over the last year.”

This past summer, students in the UToledo Black Theatre Ensemble and the Department of Theatre searched for a project that would address the urgent conversation on social justice, while finding a way to safely perform during the global health crisis. Foss helped guide the ensemble as they worked on the development of a production of “20K Leagues Under the Sea.”

The production included primarily student writers, a team of student directors and a large Black Theatre Ensemble-based cast; students and faculty in the Department of Communications worked with the ensemble to live-capture their work for a virtual environment while using safe COVID-19 protocols.

The work has since been nominated for the Kennedy Center’s Lorraine Hansberry Playwriting Award.

Foss is the recipient of numerous professional honors and awards for his work, including the Chicago Joseph Jefferson Award for Best New Work, Outstanding Production and Outstanding Ensemble.