Shumate possesses a 3.85 grade-point average in middle childhood education and is one of five student-athletes in the nation to be selected to the first-team squad. 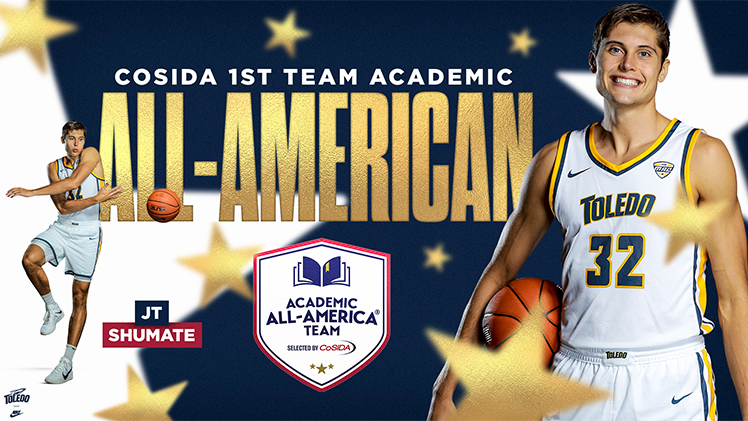 Shumate has earned first-team NABC All-District and second-team All-Mid-American Conference honors this season. He ranks second on the team with 15.5 ppg and 6.0 rpg and leads Toledo with a 57.3 FG%, a MAC-best 50.8 three-point FG% and 82.0 FT%. Shumate ranks in the MAC’s Top 15 in seven statistical categories and led the conference with 1.6 bpg in league play and scored a season-high 29 points vs. Bowling Green (Jan. 15) and Central Michigan (Feb. 19).

To be eligible for Academic All-America, a student-athlete must be a varsity starter or key reserve, maintain a cumulative grade point average of 3.30 on a scale of 4.00, have reached sophomore athletic and academic standing at his current institution and be nominated by their respective sports information director.

Since the program’s inception in 1952, CoSIDA has bestowed Academic All-America honors on more than 15,000 student-athletes in Divisions I, II, III and NAIA, covering all NCAA championship sports.