The University of Toledo Medical Center offers northwest Ohio area patients investigational therapies that contribute to the growth of science and improved health care across the country.

UTMC participated in clinical studies that led to U.S. Food and Drug Administration approval of four treatment options in the last three years. These are now accepted as safe and effective for widespread commercial use. 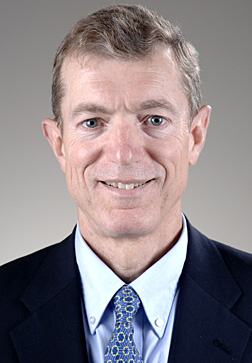 “By being more selective, we have become more successful,” Dr. Mark Burket, chief of the UT Health Division of Cardiovascular Medicine, said. “What we have accomplished as a small academic hospital is extremely rare.”

“It is hard for a single research trial to lead to FDA approval,” Stephanie Frank, clinical research coordinator for cardiovascular medicine at UTMC, said. “A lot of centers across the country do 15 or more studies a year for medical companies developing new drugs or devices, and reach a dead end. Hundreds of millions of dollars will be invested only to discover the new products did not show a benefit to patients.”

“Clinical trials are the most important part of the drug development process in determining whether new drugs are safe and effective, and how to best use them,” said Dr. Janet Woodcock, director of the FDA’s Center for Drug Evaluation and Research.

Most recently, the FDA approved a device called the Astron stent to treat people with disabling pain in their legs because of a hardening of the arteries. Part of the Bioflex trial, Astron is a new stent that is permanently inserted into the body and holds open the iliac artery that supplies the leg with blood.

“The 45-minute procedure can produce dramatic change in quality of life,” Burket said. “After suffering for years, I had one patient enrolled in the trial who was finally able to hike with her husband again.”

Burket was selected as the national principal investigator for the four-year Bioflex trial that included about 20 other sites, including Yale University and Washington Hospital Center.

In addition to Astron, the FDA also approved two other devices tested in UTMC studies dealing with peripheral vascular disease treatment within the last few years: Lutonix, a drug-coated balloon catheter, received marketing authorization in 2014, and Zilver PTX, a drug-coated stent for the femoral artery, in 2012.

Burket recently published a related article in the American Heart Association’s Circulation journal about therapies in cardiovascular medicine titled “Drug-Eluding Stents Are the Default Strategy for Superficial Femoral Artery Intervention Now.” He argues they have been evaluated in a large number of patients over a long follow-up period with outcomes superior to other treatment options.

Also, last year the FDA approved a cholesterol medication called evolocumab that was evaluated in a UTMC clinical trial.

“These clinical trials for medical products under development are opportunities for UTMC patients, especially those who have not had success with what is already on the market. The patients cannot get these investigational devices or use the investigational drug unless they are part of one of these clinical trials,” Frank said. “Our success in FDA-approved trials shows we are picking and choosing the right studies that we believe will benefit our patients, and hope companies will continue to invest in us for good cutting-edge research trials in the future.”

“We understand that some patients have run out of options and want to try something that is not fully tested, and we want to support them in these situations without exposing them to undue risks,” Woodcock said. “But we also need to make sure that, ultimately, all patients get a treatment that has been shown to work. The clinical trial process gives everyone the full picture on the safety and effectiveness of a drug before it is used in the population at large.”

Sharon Olds, a 67-year-old patient from Putnam County, signed up for the Zilver PTX trial at UTMC after a series of heart problems. In one day, she said she had a minor heart attack and multiple strokes.

“I’ll try anything at my age,” Olds said. “I am also willing to do anything to help younger people. When the doctor asked me if I wanted to be in the Zilver trial, I said, ‘Sure.’ I’ve had the drug-coated stent in my leg now for about two years. I have not had any problems with it, and I can do everything I want to do. I’m happy with my doctors, and I think the good Lord is sitting with me, too.”