Jackson’s honor marks the ninth straight year at least one Rocket has been included on the all-district squad.

The NABC divides the nation into 25 districts and honors 10 players from each district, signifying a five-player first team and a five-player second team.

A 6-foot-1, 190-pound guard, Jackson produced one of the top seasons ever by a Rocket with his 635 points this year ranking third in program history. Jackson, who set a school record with 99 three-point field goals made in the 2019-20 campaign, ranked second in the Mid-American Conference with 19.8 points per game and 5.4 assists per game to go along with a league-best 3.1 treys per game. He paced the Rockets in free-throw percentage (.816), free throws made (146), and free throws attempted (179), as well as points and assists.

Jackson scored in double figures in his final 21 contests and ranked second in league play with 21.6 points per game. He registered four 30-point outings with 37 at Central Michigan, 36 at Akron, 32 at Kent State and 31 at Bowling Green. 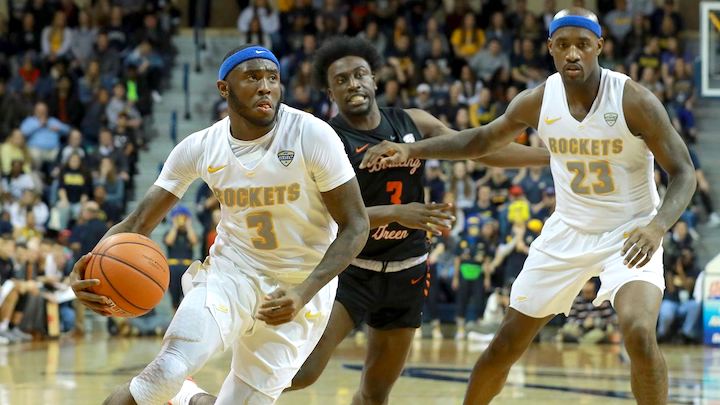