New research by geophysicists at The University of Toledo published in the journal Forensic Science International validates the potential of methods called electrical resistivity and ground-penetrating radar as useful tools in the search for clandestine graves, with mass graves having a stronger and different “geophysical signature” compared to individual ones. 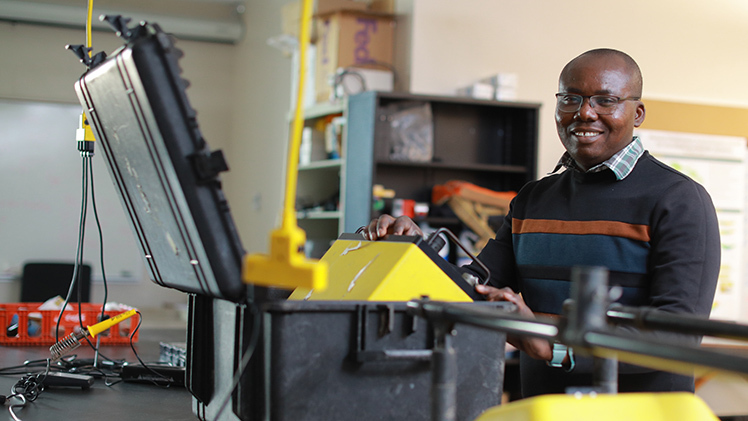 Related results of the research also are published in the journal Frontiers in Environmental Sciences.

“While the entire search process ultimately requires excavating shallow graves to retrieve human remains as evidence to prosecute suspects and bring closure to families of victims, engaging in such excavation without useful leads on the exact location of the graves will mean excavating large areas, which is difficult, time consuming and destructive,” said Dr. Kennedy Doro, assistant professor in the UToledo Department of Environmental Sciences and lead investigator of the study. “It also could lead to altering the target evidence.”

Using an innovative experiment design of mass and individual graves with human cadavers willingly donated for scientific research, researchers used ground-penetrating radar, electrical resistivity tomography and electromagnetic imaging from the surface before the burial through six months after the burial. 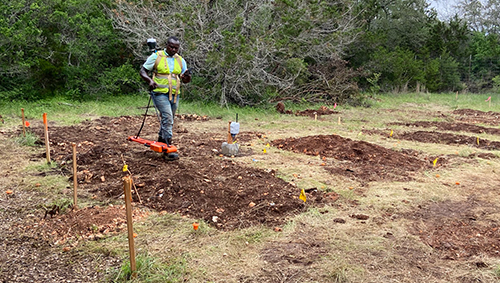 Helping direct the final excavation to more definite areas, researchers can provide an underground picture or geophysical signature to identify areas with unusual signals that may be related to excavation and human decay.

Electrical resistivity is a fundamental property of a material that measures how strongly it resists electrical current.

Through the study, researchers found that resistivity increases immediately after burial and decreases as time goes by.

Ground-penetrating radar shows the position of the graves and the human remains as disturbed and curved reflectors; however, it is limited by the presence of rock fragments distributed within the soil at the site where this study was carried out.

UToledo led the geophysical study in collaboration with other scientists from the University of Toronto and Linnaeus University and forensic anthropologists at Texas State University, which operates a 26-acre human decomposition and forensic taphonomy facility located at the Freeman Ranch in San Marcos. 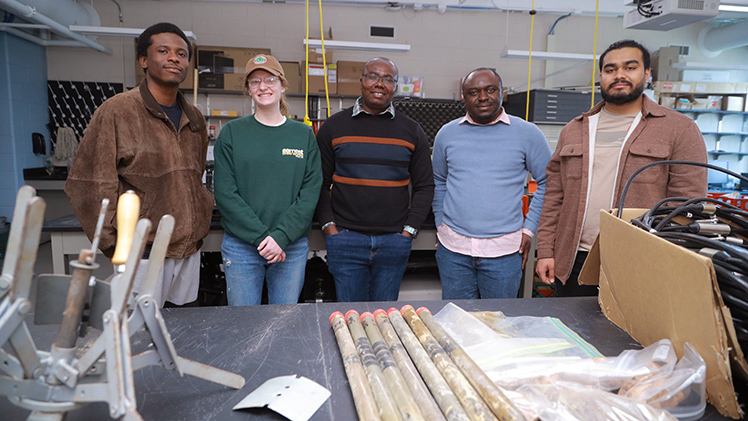 “These initial results validate the capability of geoelectrical methods in detecting anomalies associated with disturbed ground and human decay, while ground-penetrating radar is limited by the geology of the site,” Doro said.

Before starting to dig the undisturbed ground, the team measured its electrical resistivity tomography, electromagnetics and ground-penetrating radar.

After excavating the land, the researchers analyzed soil profiles and added sensors at the grave sites to monitor changes in soil moisture, temperature and electrical conductivity.

“The availability of advanced tools and techniques with high accuracies, capable of covering a large investigation area within a short time without necessarily altering the target evidence, is crucial to the success of forensic investigative searches,” Doro said. “Most previous studies in this direction only assessed individual graves using pigs as proxies for humans. We used both individual and mass graves as well as human remains donated for science.”