What the Lilac Can Tell Us About Climate Change

Lilacs are famous for their intense fragrance and beautiful colors, attracting hummingbirds, butterflies and tourists. 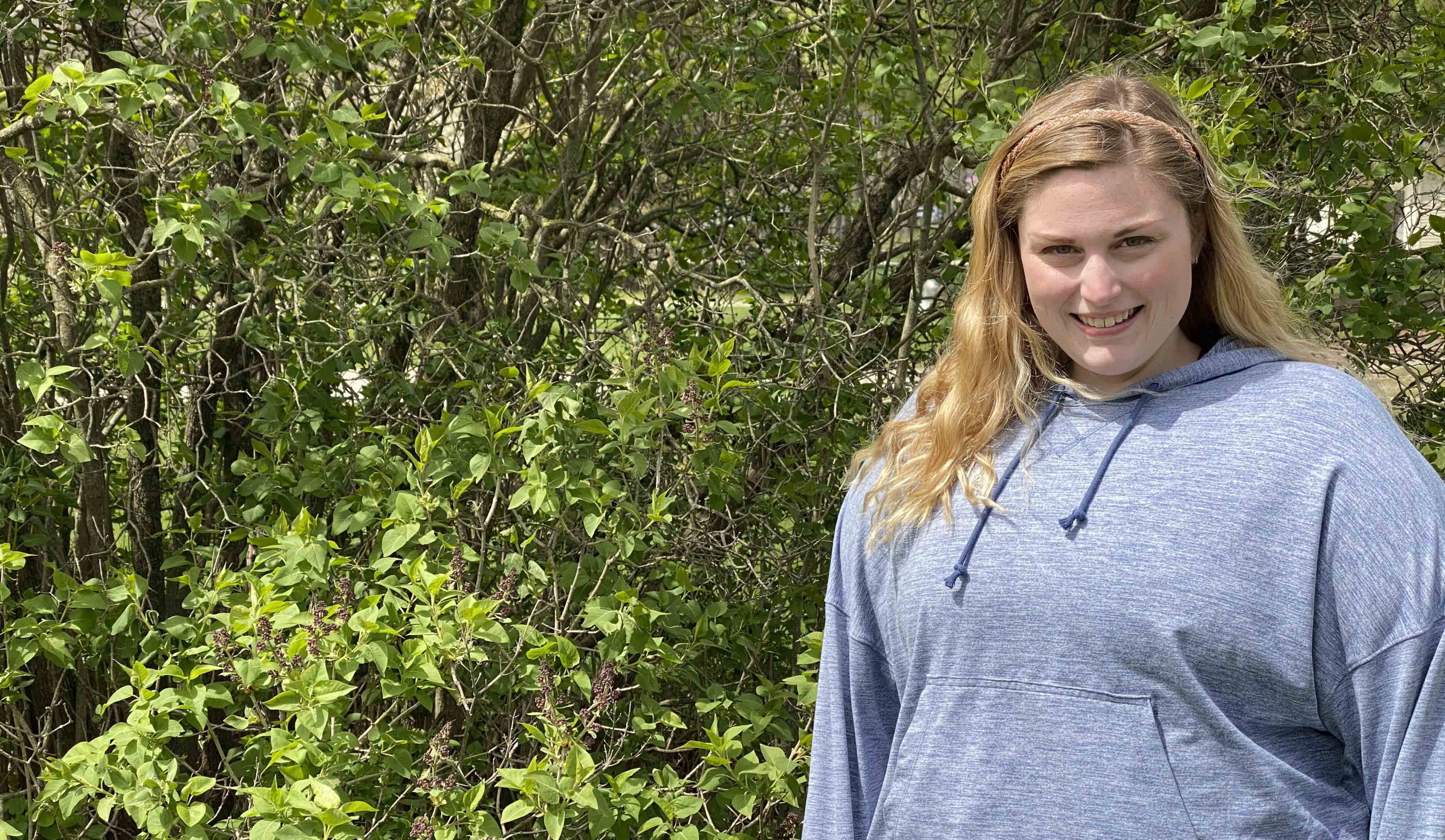 UToledo graduate student Stephanie Nummer led a new study that finds that, since 1973, first bloom dates for North American lilacs have shifted earlier by about one day for every three years because of climate change.

New research at The University of Toledo shows the effects of climate change started as early as the 1970s and lilacs in North America have been blooming on average one day earlier every three years since 1973.

The study led by UToledo graduate student Stephanie Nummer and published in the journal Springer-Nature Applied Sciences finds that prior to 1973 North American lilacs typically bloomed on approximately day 135, or about May 15, each year. Since 1973, first bloom dates shift earlier by about one day for every three years.

The new discovery is double the estimated rate of change found by a study conducted about 10 years ago using a different method.

“Just like the cherry blossoms in Washington, D.C., the first bloom dates of North American lilacs are another long-term trend that responds to the change in global average temperature associated with the rise in greenhouse gases,” said Nummer. “We chose to work with lilacs because they are a great indicator for the spring season and they have been monitored for more than half a century.”

The scientists used data from 53 locations across the U.S. and Canada with records of at least 30 years of first bloom and leaf dates for the common lilac Syringa vulgaris.

“The interesting thing about our model is that it allows us to determine the overall average across North America and the rate and date of change for each individual lilac station,” Nummer said. “This allows us to use lilac phenology as an indicator for changes in spring.”

The location that changed earliest is the South Cow Mountain Recreation Area within the Mayacamas Mountains in California around 1964.

Minnesota, near Grand Rapids, is home to the lilac that was the last detected to initiate the effect of climate change around 1976.

The closest station to UToledo used in the data set is located in Wooster, Ohio, which is southwest of Akron. This station showed a change starting around the beginning of 1974 with a shift of about one day earlier every four years, indicating a shift of spring occurring earlier in the year.

Prior to the change point around 1974, the average bloom date was about day 126 or approximately May 6.

“Although lilac trees blooming on average a day earlier every three years is nearly unnoticeable, the change is indicative of a broader change in the environment,” said Dr. Song Qian, associate professor in the UToledo Department of Environmental Sciences and Nummer’s faculty advisor.

“Through these three indicators we can start to learn the potential consequences of climate change on agriculture, fishery and the broader economy,” Qian said. “Putting them together we can have a better picture of the scale of the climate change impact. The unique method Stephanie used avoids underestimating the magnitude of such effect.”

While the study doesn’t detail the mechanisms that are changing within the lilacs due to the warmer temperatures, Nummer says lilacs will continue to bloom, but a different factor may end up triggering the flower.

“Temperature is a large factor, but the amount of sunlight also plays a key role,” Nummer said. “For areas where the temperature is always warm enough for blooms, temperature is not a factor. In these areas, sunlight is the key trigger for blooming. So, lilacs will keep blooming, but we anticipate that some places may become warm enough where sunlight becomes the main trigger instead of temperature.”