Seniors Tycen Anderson and Drew Rosi were recently named to the Academic All-District 5 Team by the College Sports Information Directors of America. 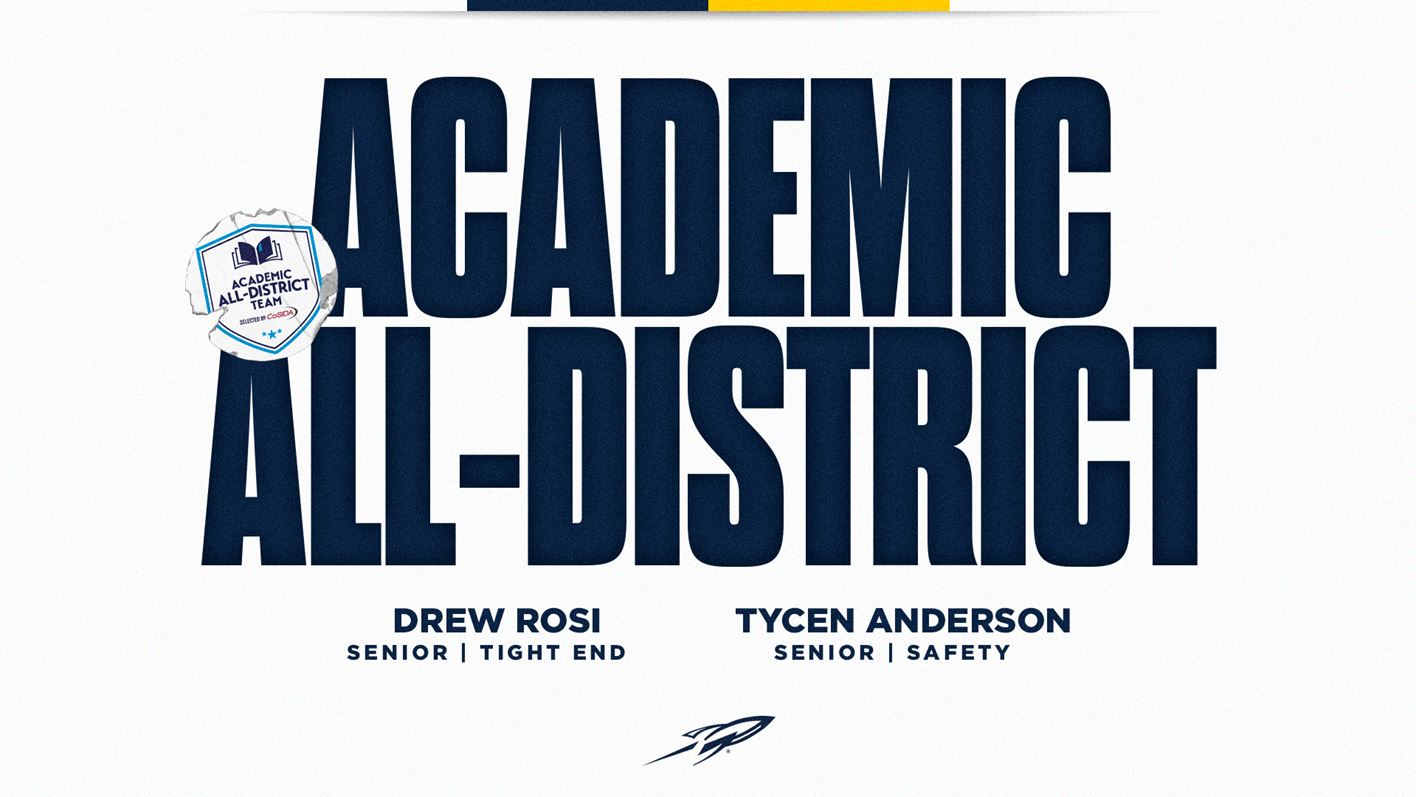 Anderson, a second-team All-MAC selection at safety in 2020, is a two-year starter who has racked up 193 tackles and 19 pass breakups in four seasons as a Rocket. A Toledo native who attended St. John’s Jesuit High School, Anderson received his bachelor’s degree in professional sales in the John B. and Lillian E. Neff College of Business and Innovation in fall 2020, graduating with a 3.35 grade point average. He currently holds a 3.77 GPA while pursuing his MBA.

Rosi has played four seasons at tight end for the Rockets, catching 41 passes and scoring two touchdowns. He graduated with a bachelor’s degree with a 3.75 GPA in finance in fall 2020. A native of Powell, Ohio, Rosi is also pursuing his MBA and holds a 3.67 GPA in graduate school.