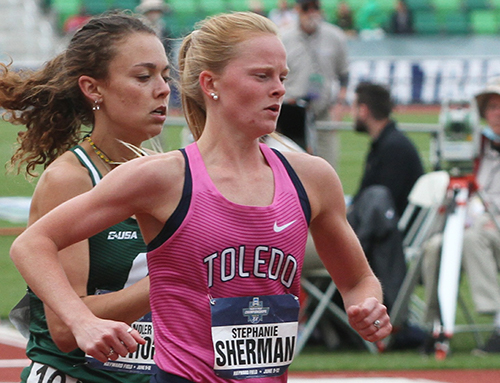 Sherman, who graduated in May with a 3.94 GPA in bioengineering from UToledo, is now on the ballot for the Academic All-America Team. That team will be announced Aug. 12.

Sherman capped her five-year Rocket career by earning second-team All-America honors in the 10,000m at the NCAA Track & Field Championships in Eugene, Ore. on June 10. She ran a personal-best time of 33:25.31 to take 16th place in the event.