Lind graduated in May with a 3.667 grade-point average in communication studies after posting a 74.8 stroke average in his final season as a Rocket. Thomson paced the Rockets last season with a 74.3 scoring mark while registering a 3.680 GPA in the classroom. Amm possesses a 3.804 grade-point average and registered a 75.0 stroke average in 2019-20, while Fathi holds a 3.591 GPA and notched a 75.9 scoring mark last season.

To be eligible for Srixon/Cleveland Golf All-America Scholar status, an individual must be a junior or senior academically; compete in at least three full years at the collegiate level; participate in 50% of his team’s competitive rounds; have a stroke-average under 76.0 in Division I, 78.0 in Division II and the National Association of Intercollegiate Athletics, and 79.0 in Division III; and maintain a minimum cumulative grade-point average of 3.2. A recipient also must be of high moral character and be in good standing at his college or university. 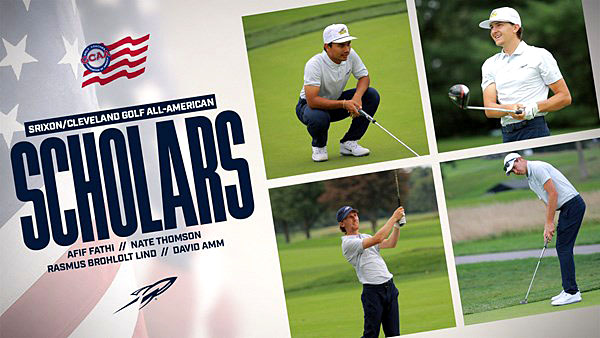