Two mechanical engineering students at The University of Toledo spent the spring and summer working with the Ohio Aerospace Institute and Masten Space Systems on NASA’s Lunar Surface Innovation Initiative to champion technologies needed to live on and explore the moon.

As Ohio Space Grant Fellows, Justyn Bobinski and Joshua Stanley participated in part of the agency’s Artemis Lunar Exploration Program, which aims to return humanity to the moon in 2024 and to establish sustainable exploration with commercial and international partners by 2028. 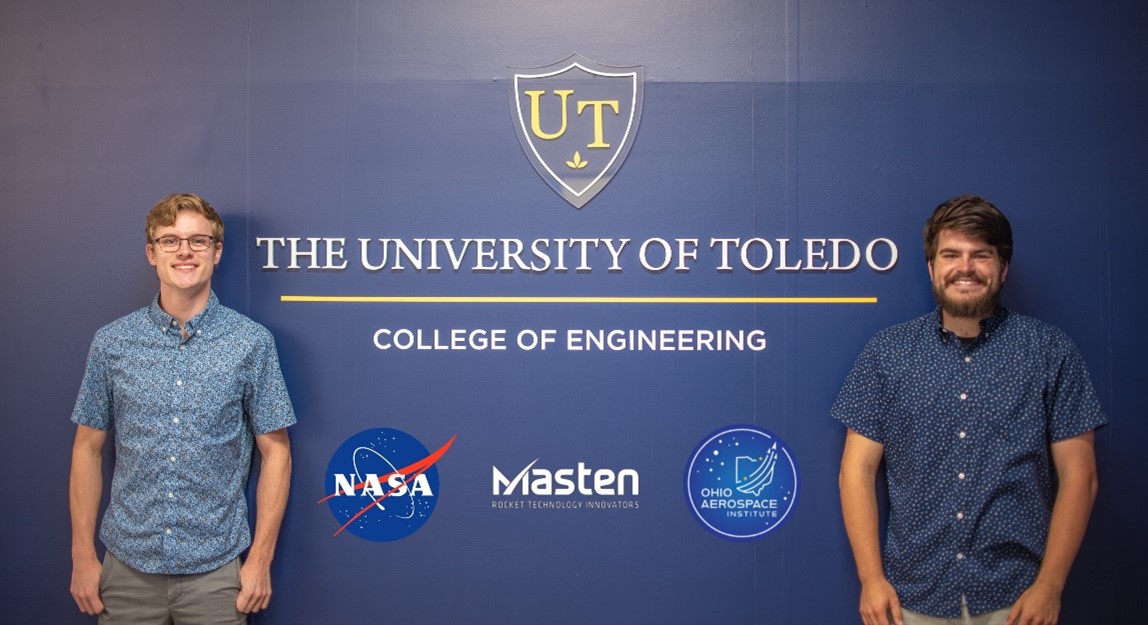 They focused on NASA’s goal of establishing sustainable power during lunar day and night cycles.

“Through the fellowship, I have had the opportunity to work with and learn from leaders in the aerospace industry,” said Stanley, who graduated with a bachelor’s degree in mechanical engineering in May and is currently a graduate student in mechanical engineering. “Along with getting insightful feedback on my research, I have been able to make connections in the industry that have me excited about my future career opportunities.”

Under the supervision of Dr. Anju Gupta, assistant professor in the Department of Mechanical, Industrial and Manufacturing Engineering in the UToledo College of Engineering and head of the Interfacial Thermal and Transport Laboratory, the students designed and tested a potential payload system that involves an exothermic metal oxidation reaction that generated enough heat to keep payloads warm during the lunar nights.

“While the project is years from launch, I am honored to have been able to contribute to a system that will one day double the duration of moon missions and vastly increase what humans are able to achieve on the moon and beyond,” said Bobinski, who graduated from UToledo with a bachelor’s degree in mechanical engineering in August and was hired by Honda Development and Manufacturing of America as a test engineer at its research and development center in Raymond, Ohio.

“A lunar night lasts approximately 14 Earth days,” Gupta said. “Our students had incredible experience advancing how we power moon missions through lunar night. This technology will allow the duration of lunar missions to lengthen from approximately two weeks to more than six, vastly increasing range and capabilities of future moon missions.”