Nontraditional Student Overcomes Challenges for Her Turn to Graduate

On Dec. 6, it was Nahla Khobeir’s turn to receive a diploma.

Khobeir, 54, graduated from The University of Toledo with honors, earning a bachelor’s degree in Interdisciplinary Studies after a decades-long stubborn dream to claim this moment.

Most of Khobeir’s family, in fact, already have at least one college degree, including her husband and their three grown children.

“Now I finally get to hang one on the wall, too,” she said.

Reaching this milestone hasn’t been easy.

The oldest of three siblings, Khobeir was a 15-year-old, straight-A high school student in the Detroit area when she dropped out of school and went to work in a neighborhood grocery with her mother after her father was laid off by Chrysler during the nation’s turbulent economy in the late 1970s.

Shortly after the auto manufacturer began rehiring some of its laid-off employees about a year later, Khobeir contacted Chrysler’s human resources department and tearfully explained her situation to a stranger over the phone. She begged him to rehire her father so that she could go back to school.

Even after graduating high school, Khobeir repeatedly set aside her educational pursuits for the benefit of her family. She took college courses when she could and worked full time to help put her husband through graduate school and later their children.

When Khobeir first seriously considered returning to college full time a few years ago to finish her degree, she had the support of her family.

“They looked at me and said, ‘It’s your turn now. You’ve done everything for us, you need to do something for you,’ ” she said.

Still, Khobeir resisted and even tried to find a reason not to go back. “I said ‘I’m too old’ and they said, ‘No, you’re not.’ ”

Another consideration for Khobeir was that she had accumulated approximately 120 credit hours over the decades at various colleges and didn’t want to start over.

That’s when she found out about the Interdisciplinary Studies program at UToledo. She met with the program’s academic advisor, Matt Reising, who knew right away Khobeir was special. 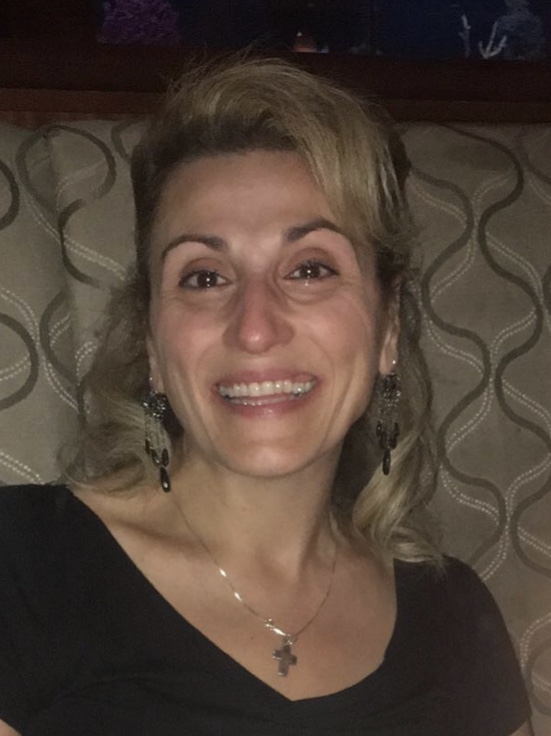 Nahla Khobeir’s husband and their three grown children each have at least one college degree. “Now I finally get to hang one on the wall, too.”

“When she brought her son with her to her first academic advising appointment, I knew that completing her bachelor’s degree was more than about earning a degree,” Reising said. “It was about setting an example for her children and proving that she had what it takes to complete a nearly 34-year educational journey, which is truly inspiring.”

Even once enrolled at UToledo, Khobeir still faced herculean challenges to reach her goal.

Earlier this year, she lost her mother-in-law and then her father to COVID-19. And then, in April, she got it.

With the help of her son, a pre-med major, Khobeir ultimately prevailed over the novel coronavirus, but her monthlong health struggles necessitated a delay in her graduation plans, from May until December.

And when she wasn’t sick, Khobeir has been juggling her school schedule with the time demands of a late-shift full-time job as a laboratory technician at Beaumont Hospital in Trenton, Mich. On a typical day this semester, Khobeir had about 19 hours accounted for; that five hours of free time was when she slept, from 3 to 8 p.m.

“It’s been a heckuva year,” Khobeir said. “And still I managed to live through it and graduate.”

If you wonder how she managed to make it to her goal, Khobeir isn’t really sure, either. Reising, though, does know how she did it.

“If I could think of one word to describe Nahla it would be perseverance,” he said. “Over the past year, Nahla persevered through the tragedy of losing a loved one, being a healthcare worker during the COVID-19 crisis, and personally beating COVID-19; all the while earning exceptional grades in her courses.

“It has been my absolute honor to have met and worked with Nahla, and I am so excited to see what she does next. She has made the UToledo community and her family extremely proud.”